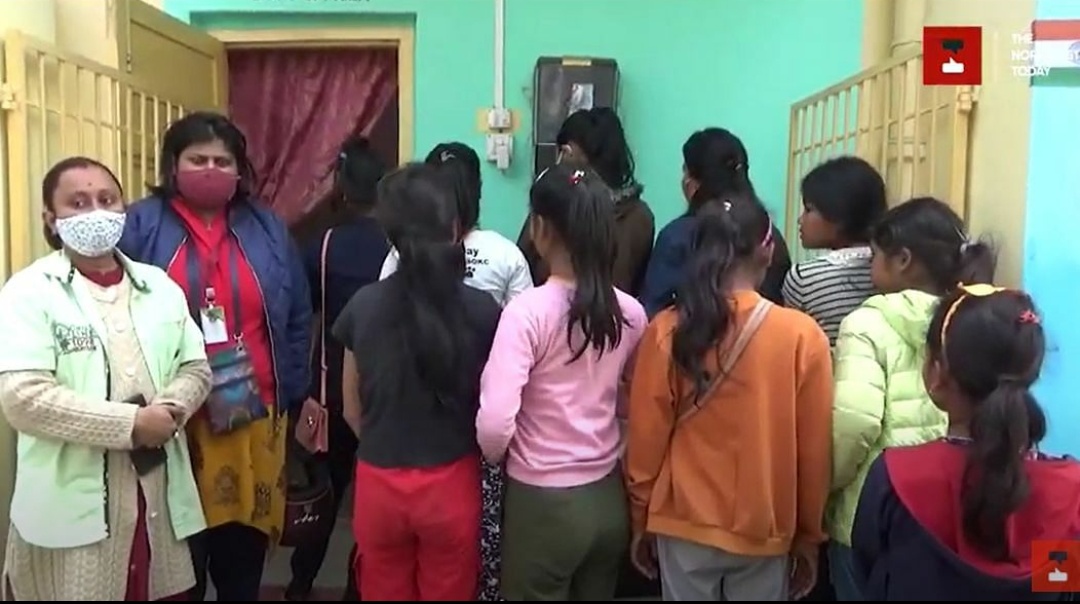 In a shocking development, poverty stricken 11 Reang refugee girls hailing from refugee camps in Kanchanpur were rescued by the Child Line, an NGO at Inter-State Bus Terminal (ISBT) here yesterday, official sources confirmed here.
Of the total 11 refugee girls, only two girls have crossed 18 years while the remaining are minor, according to a member of Child Line working for the welfare of destitute girls. Around 11 am, a man from Agartala was moving with 11 Reang girls at Chandrapur ISBT under East Agartala police station. On suspicious ground, they were detained by some local people and informed the Child Line about suspicious movement of a group of grils. It was around 11.30 am.
“Before we could reach the ISBT, all the girls along with the man were taken to East Agartala Women’s police station for interrogation. Child Line activists rushed to the spot and took over all the girls”, said Sangita Barani, a member of Child Line.
She revealed the girls who were inmates of Reang refugee camps were lured by the man of job in Agartala or adjacent areas. “Accordingly, they came and three girls were also placed in different locations of the state. Fortunately, we have rescued ten girls and taken them into a home for rehabilitation. The guardians of all the girls were summoned to come. We will produce all the girls before the Child Welfare Committee for taking necessary steps”, she said.