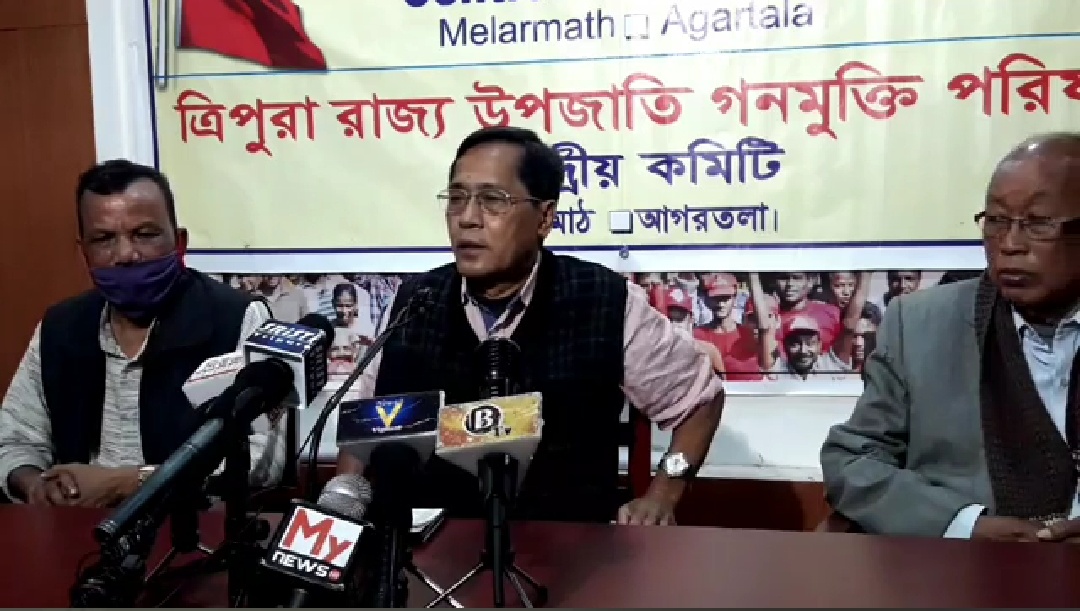 This BJP led government digs own grave as it decided to send TSR jawans to other states. Said GMP. ” Tripura is in extremist zone. TSR played a vital role to bring down extremism in the state during laft front government. But as BJP led coalition government came in power its decided to send TSR jawans in other states. 3300 TSR Jawans sent in to other states leaving the camps empty. Naturally the incidents of insurgency once again raising in Tripura. Already four persons has been abducted in two different incident. Government took the decision of removing TSR from the camps, to show revenue generation. But ultimately government digs own grave” said GMP. We appeal to government to bring back the TSR Jawans immediately. And also appeal to the son of the soil to leave this wrong path of extremism” added GMP