The 23rd Assembly elections in Tripura are a battle against ‘massive’ BJP.  So, the communist parties called for grand alliance.

Accordingly an eye-opening surprise has been seen in the announcement of the candidate list of the Left Front on Wednesday. Eight sitting MLAs, including former chief minister and leader of the opposition and long-time CPIM politburo member Manik Sarkar, not to contest the Assembly Elections this time.

Not only that, the Left Front has virtually announced an alliance leaving 13 seats for the Congress and one for the Independent candidates. 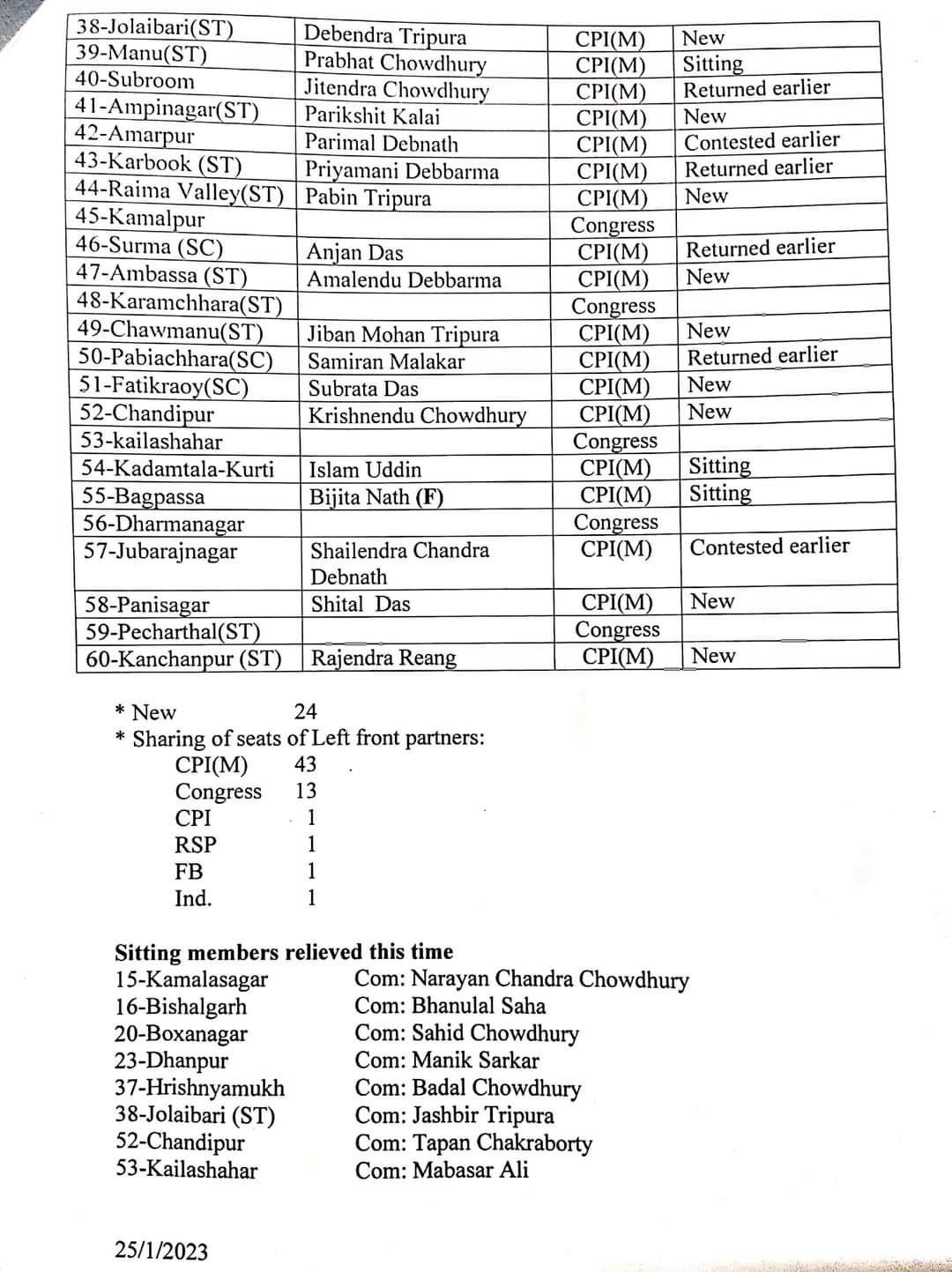 On Wednesday Chairman of the Left Front Narayan Kar announced the list of candidates in a press conference and claimed that this decision was taken due to the need of the hour.

According to the candidates list, CPIM 43, Congress 13 , and CPI, Forward Bloc, RSP left front supported Independent Candidate will contest one seat each.

According to the political analysts Left Front today announced the list of candidates sharing seats with the Congress after confirmation that TIPRA Motha to make alliance with BJP in the upcoming Assembly Polls.