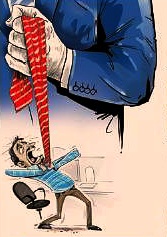 This news is really disturbing that the biggest victims of jobs losses to big tech companies in America are of Indians living there.

By the way, it is also logical that the people of the country who have maximum participation in this industry, when the crisis comes, they will be hit the most.

However, a report states that big tech companies like Google, Facebook etc. have laid off about two lakh employees, of which more than 80,000 are Indians.

They had gone from India on such a visa, under which they would have to leave America within 60 days if they did not have a job.

Obviously, most of them will have to return to India soon. After all, at a time when jobs are on the wane and the possibility of the US economy going into recession this year is deepening, the scope for new jobs is minimal.

The sudden loss of job will shake the fabric of their entire family life.

However, this is an inherent risk in a globalized economy. A country like India, which has neglected research and development in manufacturing and high tech, the expectation of getting employment of its skilled personnel is linked to developed countries.

They have to bear the brunt of the situation that arises in those countries. The alternative is for India to restructure its economy in such a way that it reduces its dependence on service exports.

Along with this, with research and development, a network of modern industries and businesses should also be spread within the country.

Failure to do so has resulted in a steady decline in the competitiveness of Indian businesses, which has led India to turn its back on multilateral free trade agreements in recent years.

Prime Minister Narendra Modi often gives the mantra of making disaster an opportunity. So now the situation created in America is again such an opportunity, which their government wants, so opportunities can be created.