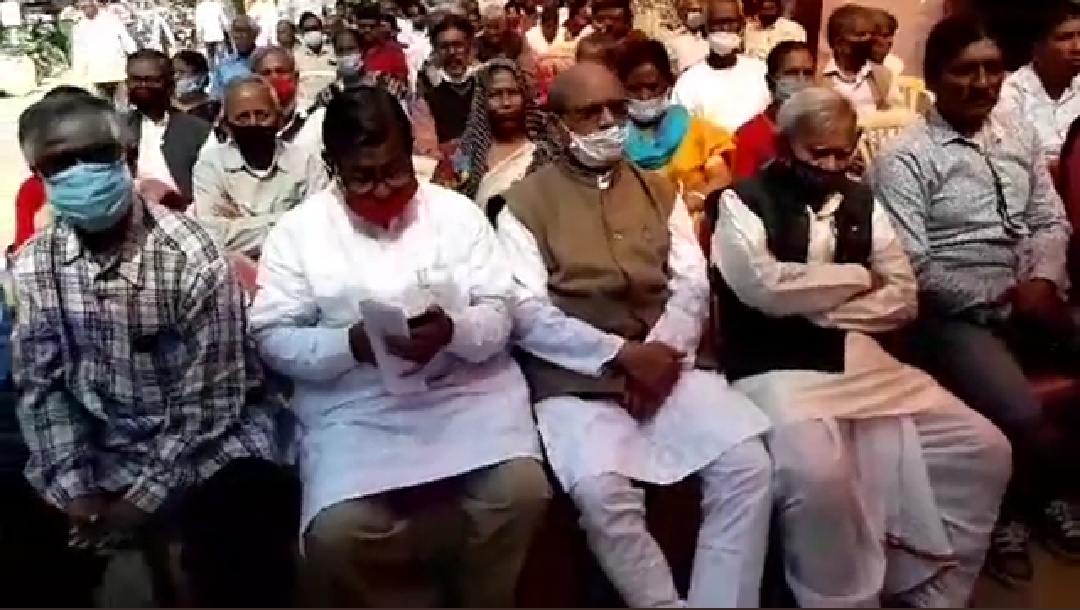 Supporting the nationwide Chakka Jam movement of the farmers, All India Kisan Sangharsh Coordination Committee Tripura unit organized a sit-in program on Saturday. The program was organized at Paradise Chowmuhani, Agartala. Hundreds of activists took part in this sit-in program. “The Working Group also reiterates that AIKSCC stands shoulder to shoulder with the farmers movement and any attempt by any quarter to spin any counter/alternative narrative amounts to sabotaging the ongoing historic movement of farmers,” said AIKSCC. The Nationwide Chakka Jam, called by the Samyukt Kisan Morcha (SKM) demanding the withdrawal of three contentious Central farm laws, came into effect at noon on Saturday from 12-3 PM and observed along major national and state highways across the country. Thousands of farmers, mostly from Punjab, Haryana, and Uttar Pradesh have been camping around these three border points for over 70 days, demanding the repeal of the laws passed by Parliament in September 2020. The laws are the Farmers’ Produce Trade and Commerce (Promotion and Facilitation) Act, 2020, the Farmers (Empowerment and Protection) Agreement on Price Assurance and Farm Services Act, 2020, and the Essential Commodities (Amendment) Act, 2020.