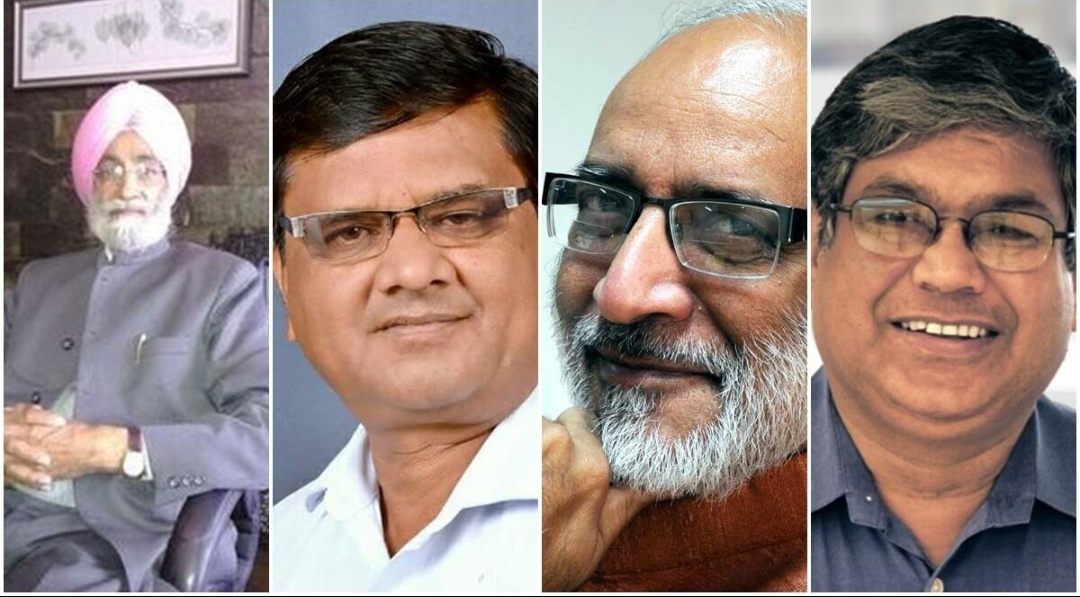 The four members of the Supreme Court-appointed committee to help resolve the ongoing farmers’ protest, have taken pro-farm law stance in the past. The committee was named this evening in an order of the court, which was hearing a bunch of petitions challenging the Centre’s farm laws passed in parliament in September. In its order, the court said the committee will listen to the “grievances of the farmers relating to the farm laws and the views of the government and make recommendations”. The list includes Bhupinder Singh Mann, the national president of the Bhartiya Kisan Union and All India Kisan Coordination Committee; Dr Parmod Kumar Joshi, an agricultural economist who is also the Director for South Asia, International Food Policy Research Institute; Ashok Gulati, agricultural economist and former chairman of the Commission for Agricultural Costs and Prices; Anil Ghanwat, the chief of Shetkari Sanghatana, who in articles written in the media have expressed views in favour of the farm laws. Mr Gulati, who was also a member of Prime Minister’s Economic Advisory Council from 1999 to 2001, has written opinion pieces in national dailies, and also spoken to the media in support of the farm laws. For instance, in December he told the Times of India that the three farm laws would benefit the farmers. He has also written opinion pieces for the Indian Express, titled “Challenges to Farm Bills Harken Socialist Era, Attempt to undo Agriculture’ 1991 Moment,” and “We Need Laws that Give Farmers More Space to Sell Their Produce — New Farm Laws Fit This Bill”. Mr Ghanwat is the President of the Shetkari Sangathan, which is a group based out of Maharashtra that had celebrated the new farm laws. Mr Mann was part of a group of farmers that met Union Agriculture Minister Narendra Tomar in December, to express their support for the new laws. The fourth member of the committee, Mr Joshi has written multiple opinion pieces in the past, supporting the new farm laws. In a piece co written by him for the Financial Express, he said “Any dilution in the farm laws will constrain Indian agriculture in harnessing the emerging global opportunities.” Ordering the formation of the committee today, Chief Justice of India SA Bobde said. “We want to solve the problem and that’s why we are making the committee”. In its order for the formation of the committee, the court made attendance mandatory for representatives of all the farmers’ bodies. The committee has to hold its first sitting within ten days and submit its report within two months.