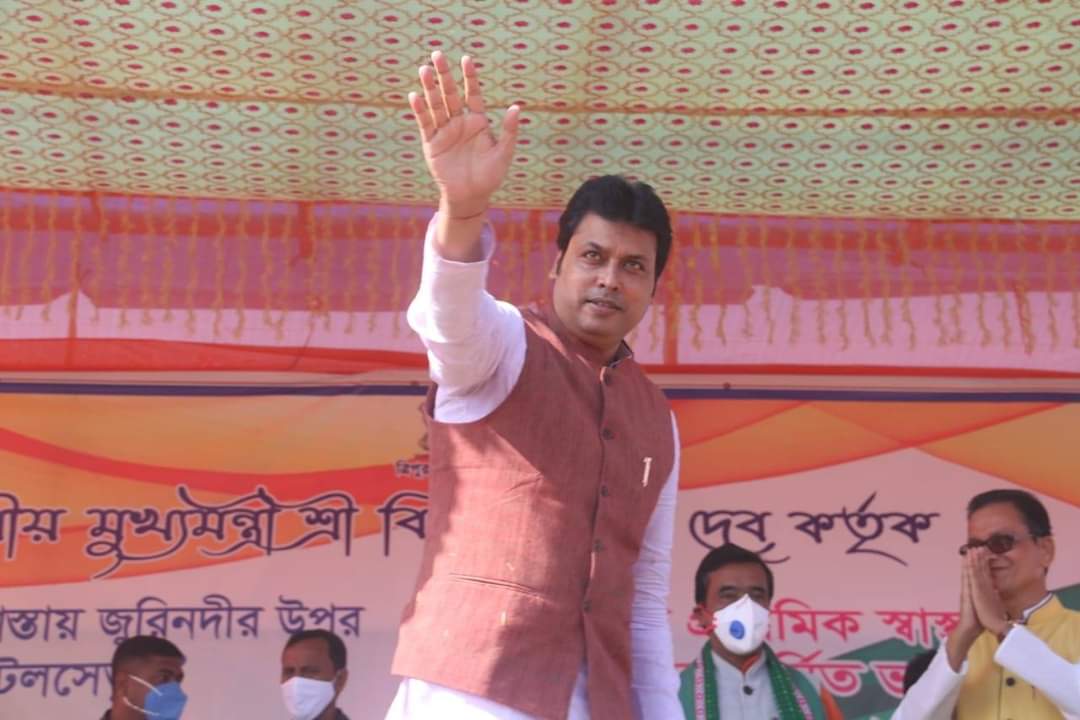 Chief Minister Biplab Kumar Deb visits kumarghat on Monday. During his visit he inaugurated Tilthai Primary Health Center, and Atal Bridge on river Juri at Jubarajnagar-Deocherrah road. He also took participate in Atal Sankalpa Rally organized by Pabiachara Mandal of Kumarghat, Unakoti District. Notable that internal squabbles at Fatikroy and Pabiachhara Assembly constituencies areas become public after one Satyaban Das an renowned contractor of Kumarghat area was allegedly assaulted by miscreants belonging to ruling BJP. In his FIR Das lodged complaints against nine persons including the elder brother of Fatikroy MLA Sudhangshu Das of the ruling party. However Fatikroy Yuva Morcha and local gram pradhan threw their weights behind the MLA and his brother. They filed a counter case against five persons including Satyaban Das. Meanwhile Satyaban Das and other citizens of kumarghat created a group namely “Kumarghat Oikka Mancha”. In a press conference they alleged that the state and kumarghat are under rule of Mafia. They urged to CM to control this Mafiaraj.