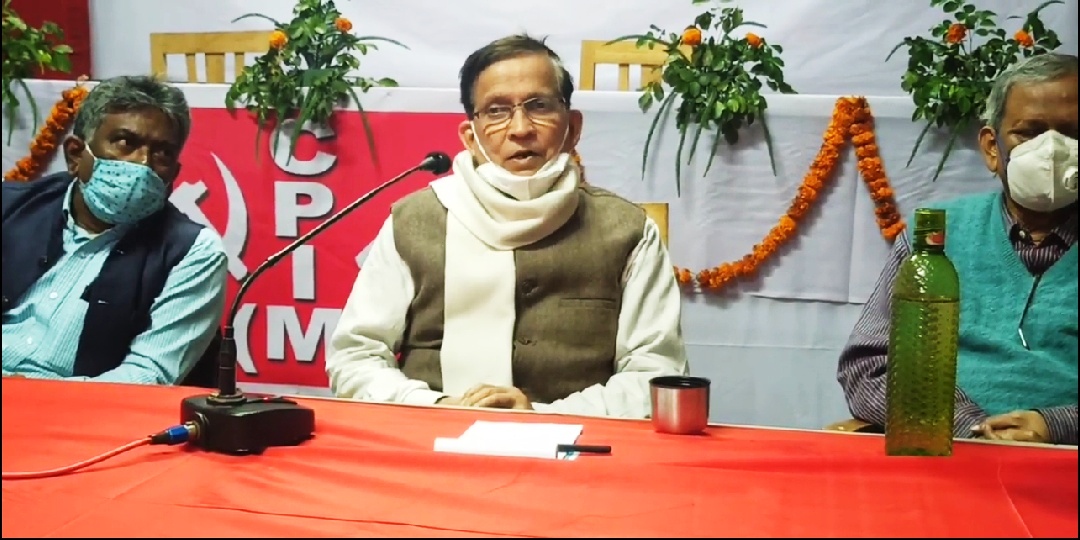 Deputy Leader of Opposition Badal Chowdhury requested the Central and the state government to connect Belonia railway station with the Bangaldesh railway map for faster economic growth between two sides.

If four-km patch from Belonia to Porshuram (Bangladesh) is repaired and converted into Broad Gauge (BG), the South district’s headquarters will get access to Bangladesh railway, he said while speaking to the media at CPI(M) Belonia subdivisional office here on Sunday.

Chowdhury said the erstwhile Left Front government had taken up the issue with the Railways Ministry and the Ministry of Foreign Affairs to revive Belonia-Porshuram railway.

“In response, a central government team visited the place to explore the feasibility of revival of the pre-independent era railway. For the four years, no persuasion has been done. It should have been done earlier”, he said.

According to Chowdhury,
the distance between Belonia and Chittagong is only 125 km. “If Belonia-Porshuram rail link is revived, the people especially traders will have easy access to Chittagong port because railway service from Feni to Dhaka via Chittagong is already operational”, he said.

He also expressed his dismay over the failure of finding amicable solution to Muhurichar in Belonia.

“For the past several years, farmers are unable to use acres of fertile land because misunderstanding between both sides. Most of the disputed areas (enclaves) have got solved through mutual understanding between Delhi and Dhaka but Muhurichar still remains a scar in the Indo-Bangla bilateral relation. The state government must initiative process to solve Muhurichar issue amnicably”, he said.

Local BSF authority briefed the team about the latest position of the controversial land but no solution is sight till date.