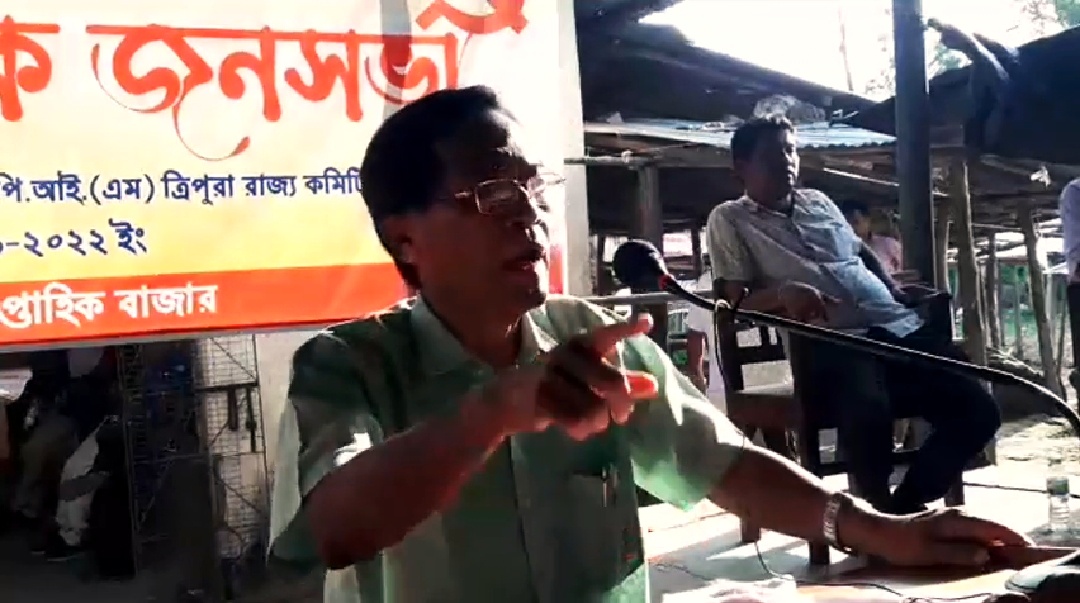 A public meeting was organized against the anti-people policies of the central and state governments by the initiative of the CPIM in karbook unďer Gomati District on Thursday.

Speaking in the meeting Choudhury said:

He commented that the double engine government is showing double failure. Democracy has been destroyed in the state during the tenure of this government People’s right to speak and political rights are being taken away. Attempts are being made to harass opposition leaders, activists and supporters by framing them in false cases.

He urged the people of the state to be aware of these issues He commented that the ruling party has lost ground and indulged in such a conspiracy.

Jitendra Chouđury urged everyone to be ready to give a befitting reply to the ruling party in the upcoming assembly elections.

After the meeting 57 voters from different political parties joined CPIM.