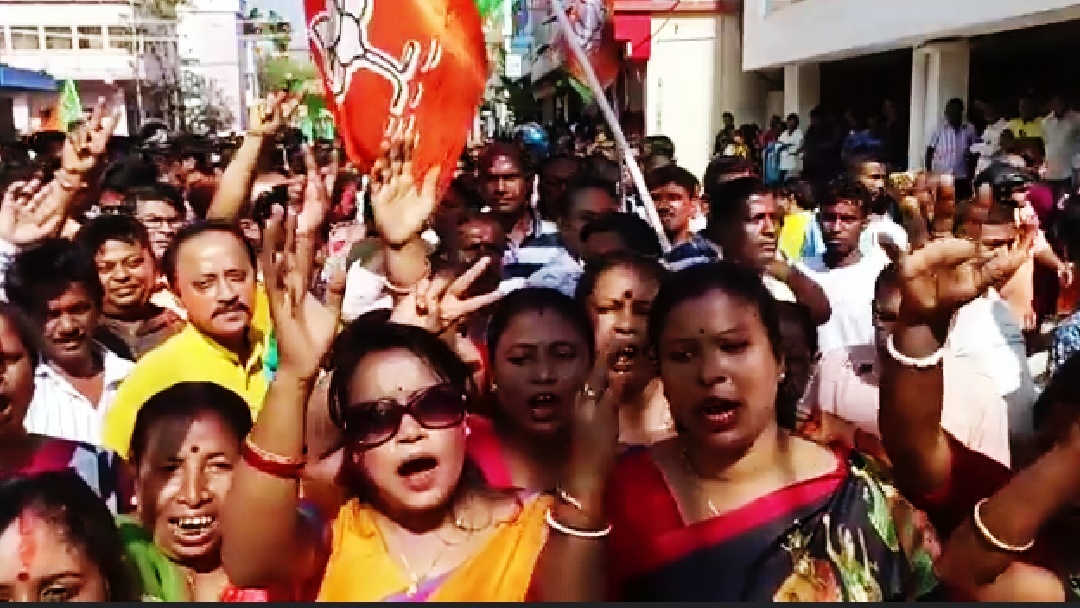 Opposition could not even open the register in the election of Agartala Municipal Corporation. BJP has won all the 51 wards. In the last election, the Left alone occupied 45 wards. This time there is zero in their bag.

Significantly, this is the first time that an opposition-free council will be formed in the Agartala Municipal Corporation. This catastrophe will naturally give a lot of oxygen to the BJP, needless to say.

But the opposition failed to take over the corporation. Opposition votes in some wards are higher than the BJP in terms of turnout, but this split proves beneficial for the BJP, as was practiced before the polls.

In the Agartala Municipal Election BJP gets 56.36 per cent votes, Trinamool Congress gets 20.13 per cent and the Left Front getss 18.93 per cent vote. The rest of the vote gets Congress and other parties.