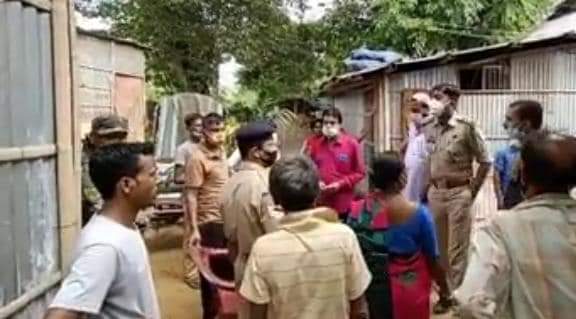 Tension erupted after a community has allegedly prevented minority people not to hold any qurbaani during Eid celebration at Teliamura’s Jaruiland Para of Chakmghat Gram Panchayat.

According to the details, on the occasion of Eid-ul-Adha on Wednesday, the people of the Muslim community of Jaruilong area prepared for the slaughter of cows on Wednesday morning.

Upon receiving this news, the people of the tribal area objected to the slaughter of cows at that place. Tensions between the Muslim community and the tribes erupted in the area.

Upon receiving the news, SI Pritam Dutta of Teliamura police station went to the spot with a huge TSR jawan.

The head of Chakma Ghat gram panchayat, members of the panchayat, minority leader Chan Mia and others came to the spot.

Later, in the presence of the police of Teliamura police station, 20 Muslim families and 12 tribal families decided to jointly slaughter cows this year. But from next year the cows will be slaughtered elsewhere.

However, a source in the area said that such an atmosphere of tension was created on Wednesday morning at the instigation of a political party.

Eventually, the situation came under control with the intervention of the police.