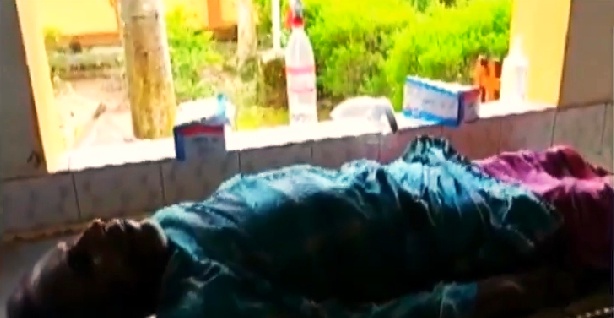 A man named Subhash Pal died ob spot due to this incident. 11 seriously injured. 9 people were referred to GB Hospital as last reprt came in.

The incident took place in Barajala Palpara area. It is known that Charilam Barajala Pal Para electricity conductor post broke on the house of Subhash Pal.

Immediately, 12 members of the family including Subhash Pal were electrocuted.

Power house and firemen were informed. After shutting down the electricity, the firemen rescued the injured and took them to the hospital.

The housewife was at Subhash Pal’s house at the time of the incident.

9 people from Subhash Pal’s house were victims of this incident. The remaining three are from the adjacent area.

Local residents complain that the electrical transformer in their area caught fire repeatedly.

Even on Friday , after a fire broke out in an electrical transformer, the electrical post fell into Subhash Pal’s house.

The SDM of Bishalgarh subdivision rushed to the spot. He said this is a very tragic incident.

SDM also said that the government has given them medical services for the time being.

The entire village witnessed the incident of this day due to negligence in the office. Villagers are now questioning who will take responsibility.

Even after the incident, the villagers complained that no electricity department official came to the village.