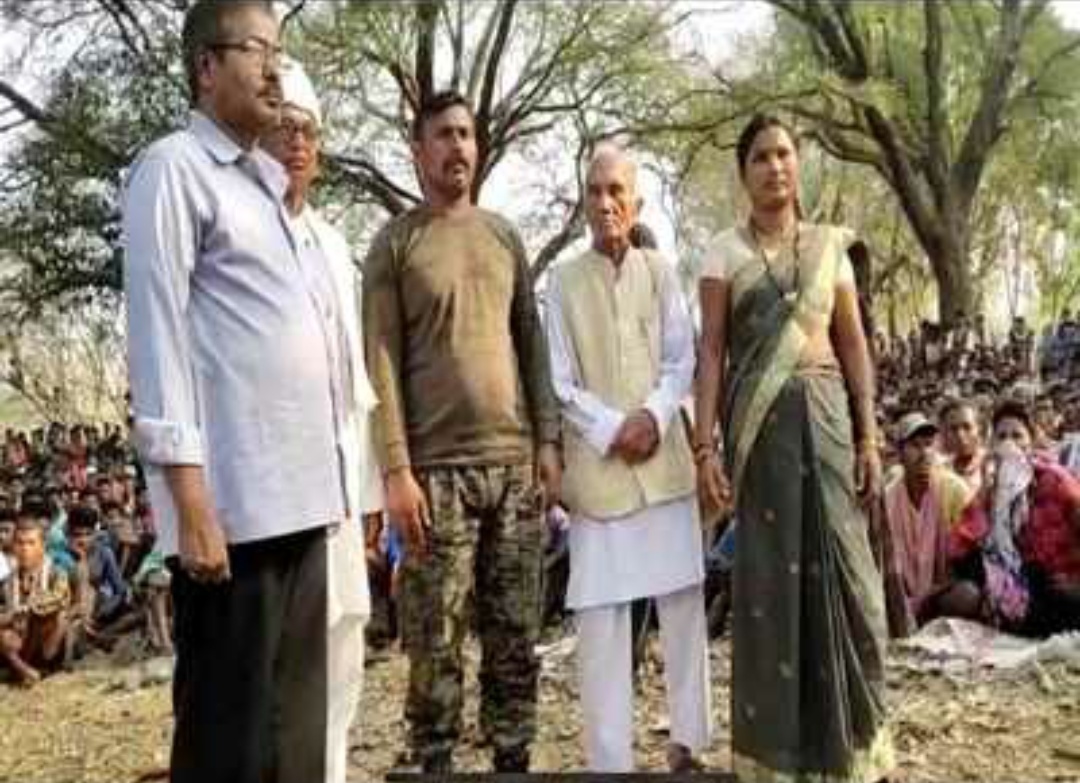 Rakeshwar Singh Manhas, a Central Reserve Police Force (CRPF) commando who went missing during a deadly encounter in Chhattisgarh last week, was released after five days in Maoist captivity, officials aware of the development said on Thursday. “Bastar has some good news for the nation,” a police source said. Manhas was released around 4:30pm in the presence of social worker Dharampal Saini and Gondwana Samaj chief Gelam Boraiya — they were in talks with Maoists for the jawan’s safe return —  and hundreds of villagers, according to the source. An 11-member team that went to bring Manhas back also featured seven local journalists. Sources said Manhas was brought to a camp in Tarrem — the area where the encounter took place. A CRPF official said Manhas will undergo health checkups and that he did not have any “apparent injury”. The jawan was admitted to Basaguda field hospital for medical examination. Chief Minister Bhupesh Baghel congratulated the team that brought Manhas back. Union home minister Amit Shah spoke to Manhas over the phone. Hours before he was set free, Bastar inspector general P Sundar Raj told that efforts were on to secure Manhas’s release, and that the government was hopeful of “positive developments”. According to the official, since Maoists acknowledged that Manhas was in their custody and released a photograph to show he was safe, it was “highly unlikely” that the CRPF constable will be harmed. “It will show them in very bad light…if they harm him now,” Raj said earlier in the day. On Monday, a mystery caller dialled local journalists to inform that Manhas, who is from the elite anti-Naxal CoBRA unit, had been held captive by Maoists and that he will be released in two-three days. Two days later, a photo was sent to local journalists on WhatsApp, showing Manhas resting in what appeared to be a tent. His family in Jammu, however, said the photo was an old one. They also held protests demanding his release and strict action against Maoists. Manhas was found missing after a five-hour gunfight between security forces and Maoists at the borders between Bijapur and Sukma districts on Saturday — one of the worst incidents linked to Left-wing extremism in India. Twenty-two personnel were killed in the gun battle. Officials said Maoists too suffered heavy casualties, though the Naxal claimed four of their own were killed. Madvi Hidma, who is believed to be around 40 years old and originally from Sukma, is the suspected mastermind of the ambush. The People’s Liberation Guerilla Army (PLGA) commander of the outlawed CPI (Maoist) is linked to several major strikes, including the one in 2013 that killed 27, including top state Congress leaders.