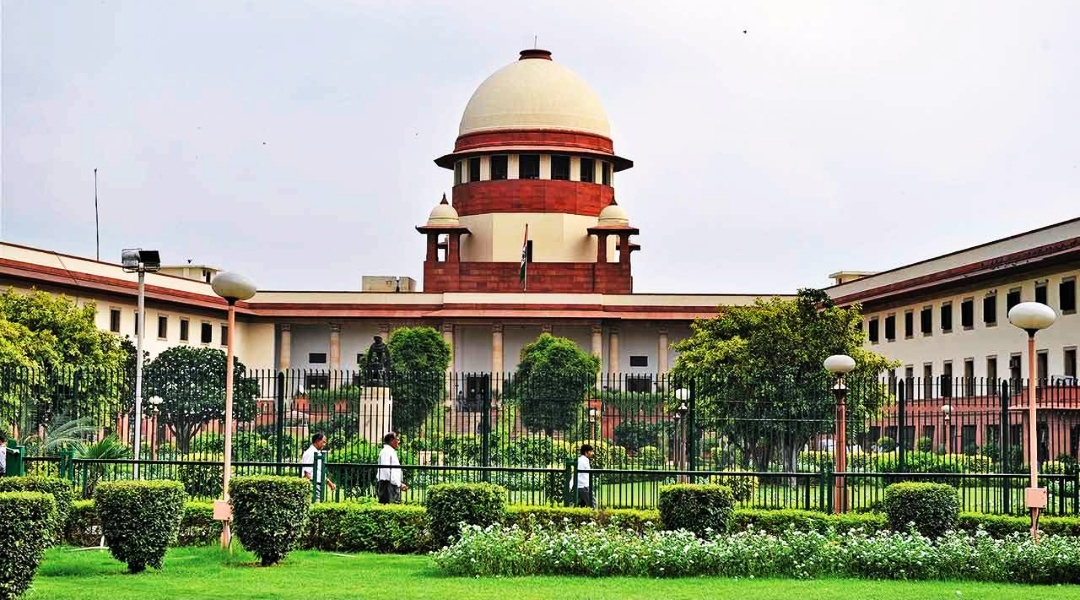 The Supreme Court issues notice to the Centre and the Tripura government on a plea seeking among others a probe into the recent alleged communal flareup in the state.

A bench headed by Justice D Y Chandrachud issued the notice on a plea by advocate Ehtesham Hashmi, who along with two other advocates claim to have gone on a “fact-finding exercise” to the state in the aftermath of the incidents.

Hashmi said he was constrained to approach the Court to seek its urgent intervention:

“in respect of a series of hate crimes that took place between 13.10.2021 to 27.10.2021 in Tripura. The said hate crimes were perpetrated by organized mobs and included damage to mosques, burning of business establishments owned by Muslims, organizing rallies shouting Islamophobic and genocidal hate slogans and delivering hate speeches targeting Muslims in various parts of Tripura”.

The plea said that despite the gravity and magnitude of the incidents, no concrete steps had been taken by the state police against the miscreants and rioters.

“It is pertinent to note that no arrests have been made by the respondents of persons who were responsible for desecrating mosques or vandalising shops and delivering hate speeches targeting the Muslim community”, he said.

The plea added that instead of acting against the miscreants, the state police was “hand in glove with the perpetrators” of the crimes.

“The police and state authorities, instead of attempting to stop the violence, kept on claiming that there was no communal tension anywhere in Tripura and further denied reports of any mosque being set ablaze. However, eventually, police protection was extended to several mosques; orders were issued under Section 144 IPC; and compensation was also announced for the victims of the violence”, the petition contended.

It also highlighted the aspect of police issuing notices to two advocates and invoking the Unlawful Activities (Prevention) Act (UAPA) against 102 people, including journalists, “for reporting and writing on the recent communal violence in the state”.