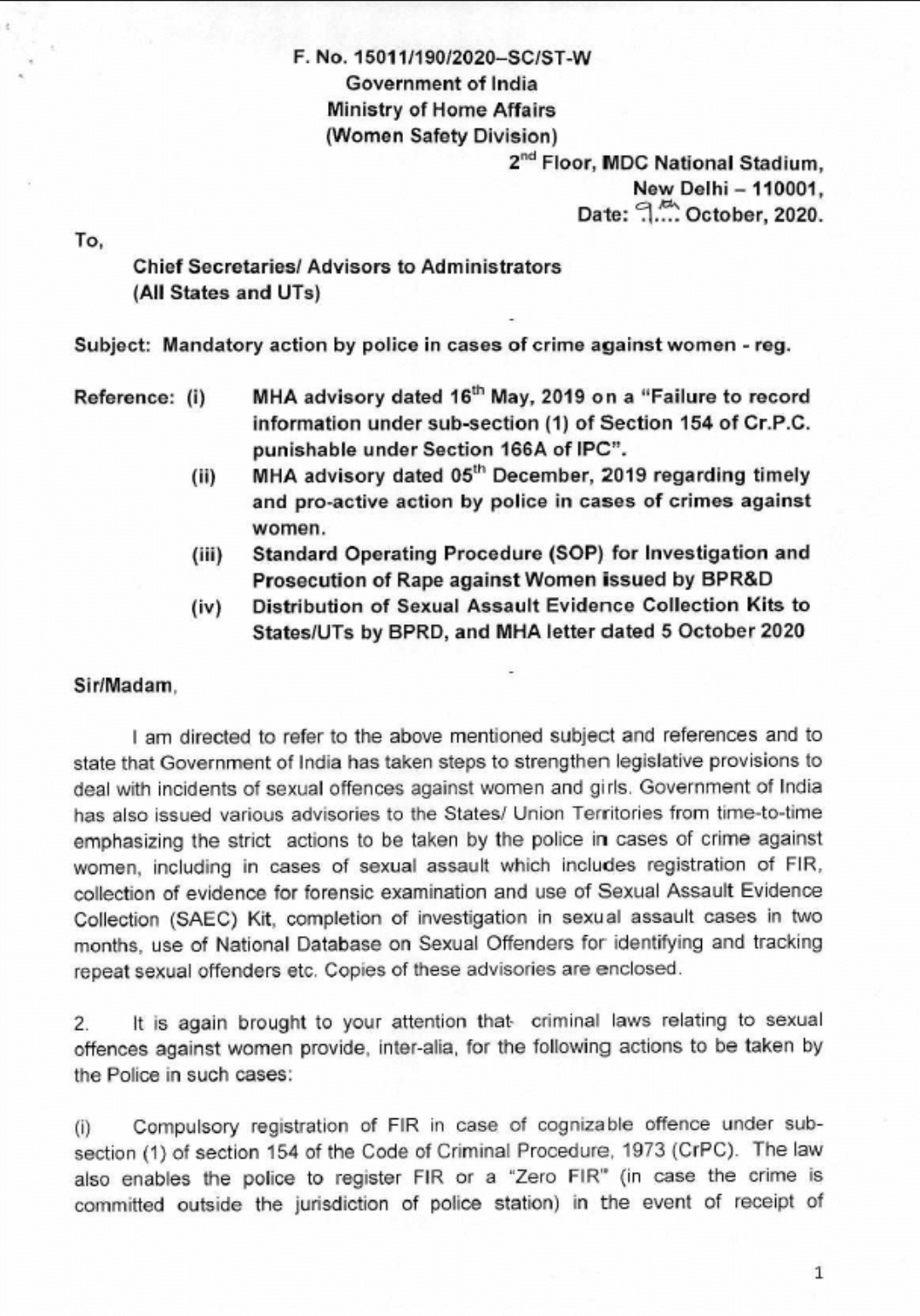 The Ministry of Home Affairs has issued an advisory to States and Union Territories for ensuring mandatory action by police in cases of crime against women. The letter by Pawan Mehta, Deputy Secretary to the Govt. of India states that an FIR should be. compulsorily registered in case of a cognizable offence under subsection (1) of section 154 of the Code of Criminal Procedure, 1973 (CrPC). The law also enables the police to register FIR or a “Zero FIR” (in case the crime is committed outside the jurisdiction of the police station) in the event of receipt of 1 information on the commission of a cognizable offence, which includes cases of sexual assault on women, the letter states. Government of India has also issued various advisories to the States/ Union Territories from time-to-time emphasizing the strict actions to be taken by the police in cases of crime against women, including in cases of sexual assault which includes registration of FIR, collection of evidence for forensic examination and use of Sexual Assault Evidence Collection (SAEC) Kit, completion of investigation in sexual assault cases in two months, use of National Database on Sexual Offenders for identifying and tracking repeat sexual offenders etc,” the reads the letter. The government-mandated punishment in case an official fails to file an FIR’in relation to cognizable offences. ‘Section 166 A(c) of the Indian Penal Code 1860 (IPC) provides for punishment to a public servant for failure to record FIR in relation to cognizable offences punishable under section 326A, Section 326B, Section 354, Section 354B, Section 370, Section 370A, Section 376, Section 376A, Section 376AB, Section 376B, Section 376C, Section 376D, Section 376DA, Section 376DB, Section 376E or Section 509 in IPC,’ it stated in the advisory.