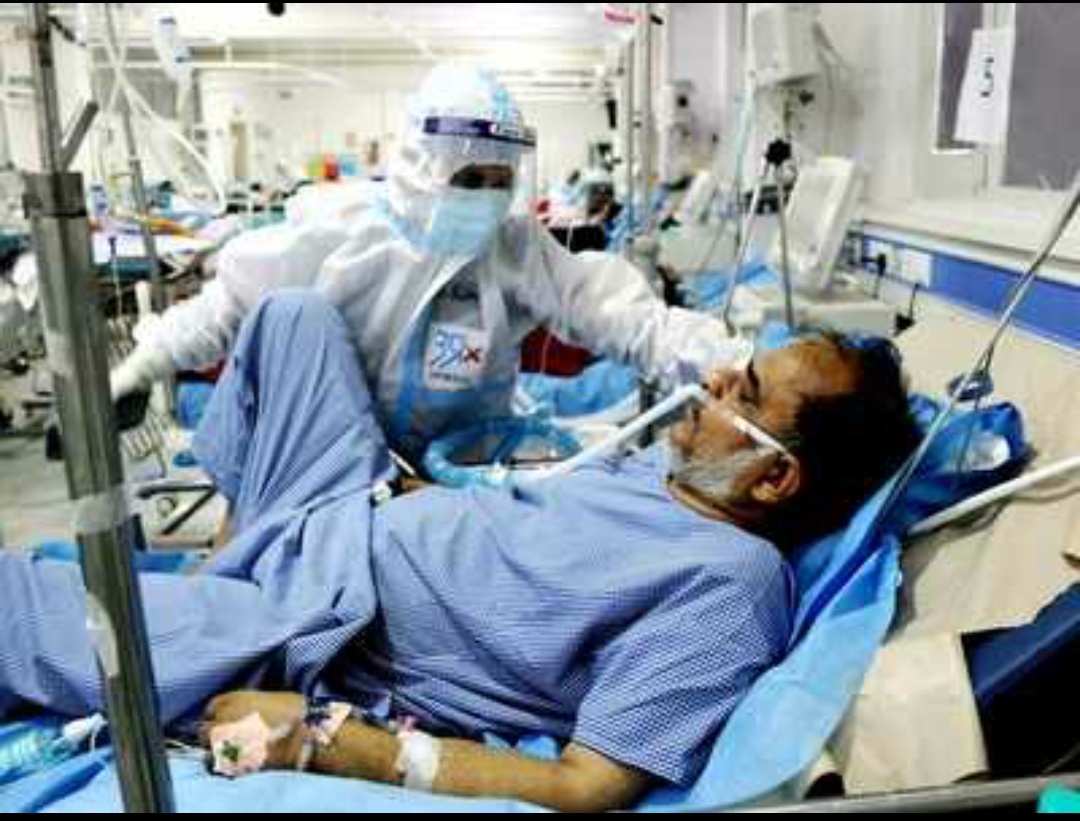 The Indian government has told doctors to look out for signs of mucormycosis or “black fungus” in Covid-19 patients as hospitals report a rise in cases of the rare but potentially fatal infection. The state-run Indian Council of Medical Research (ICMR) said at the weekend that doctors treating Covid-19 patients, diabetics and those with compromised immune systems should watch for early symptoms including sinus pain or nasal blockage on one side of the face, one-sided headache, swelling or numbness, toothache and loosening of teeth. The disease, which can lead to blackening or discolouration over the nose, blurred or double vision, chest pain, breathing difficulties and coughing blood, is strongly linked to diabetes. And diabetes can in turn be exacerbated by steroids such as dexamethasone, used to treat severe Covid-19. “There have been cases reported in several other countries – including the UK, U.S., France, Austria, Brazil and Mexico, but the volume is much bigger in India,” said David Denning, a professor at Britain’s Manchester University and an expert at the Global Action Fund for Fungal Infections (GAFFI) charity.

“And one of the reasons is lots and lots of diabetes, and lots of poorly controlled diabetes.”

India has not published national data on mucormycosis but has said there is no major outbreak. Media reports have pointed to cases in Maharashtra and its capital Mumbai, and Gujarat.

Aparna Mukherjee, a scientist at ICMR, said: “It’s not something to panic about, but you have to be aware of when to seek consultation.”

But it is a complication that India’s overwhelmed hospitals, desperately short of beds as well as the oxygen needed for severely ill Covid-19 patients, could do without.

Arunaloke Chakrabarti, head of the Center of Advanced Research in Medical Mycology in the Indian city of Chandigarh and an adviser to GAFFI, said that even before Covid-19, mucormycosis was more common in India than in most countries, “partly because of the millions who have diabetes”.

P Suresh, head of opthalmology at Fortis Hospital in Mulund, Mumbai, said his hospital had treated at least 10 such patients in the past two weeks, roughly twice as many as in the entire year before the pandemic.

All had been infected with Covid-19 and most were diabetic or had received immunosuppressant drugs. Some had died, and some had lost their eyesight, he said. Other doctors spoke of a similar surge in cases.

“Previously if I saw one patient a year, I now see about one a week,” said Nishant Kumar, a consultant ophthalmologist at Hinduja hospital in Mumbai, noting the potential for contamination of oxygen pipes and humidifiers in hospitals.