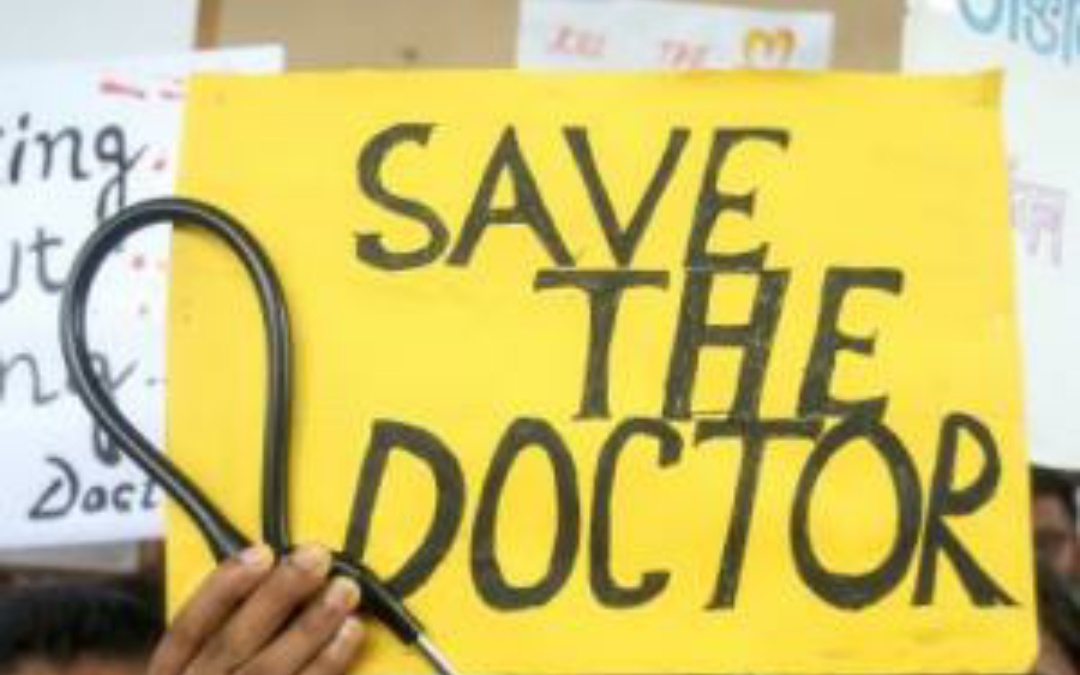 Once again a doctor and a GDA worker on duty was attacked by the relatives of a patient who died while boarding an ambulance. The incident took place in Nutan Bazar PHC Tuesday night. An FIR has been lodged against the attackers but no arrest has been made so far triggering anger among the doctors.
A delegation of All Tripura Govt Doctors’ Association headed by Dr. Biswajit Paul rushed to Nutan Bazar PHC and inquired what had happened last night. After getting brief on the attack on Dr. Partha Talapatra GDA worker Lalmohan Banik, the delegation met the authority of Nutan Bazar police and demanded immediate arrest of the attackers. “If accused persons are not arrested immediately, the Association will be bound to walk on a different path”, he told the media.
According to the FIR, Pradip Das, a resident of Jatanbari was taken to Nutan Bazar PHC in critical condition. The doctor- Dr. Partha Talapatra without any delay referred the patient to Gomati district hospital for better treatment. Unfortunately, the patient died while boarding the ambulance.
Furious by the death, relative of deceased Pradip Das assaulted the doctor and GDA Lalmohan Banik. This was for the second time, Dr. Talapatra was physically harassed by a patient party.
Dr. Paul, who is the secretary of Doctors’ Association, Gomati district, told the media the patient could be saved had he been taken to the hospital a little earlier. The patient was taken to hospital in a very critical condition leaving no room for treatment.