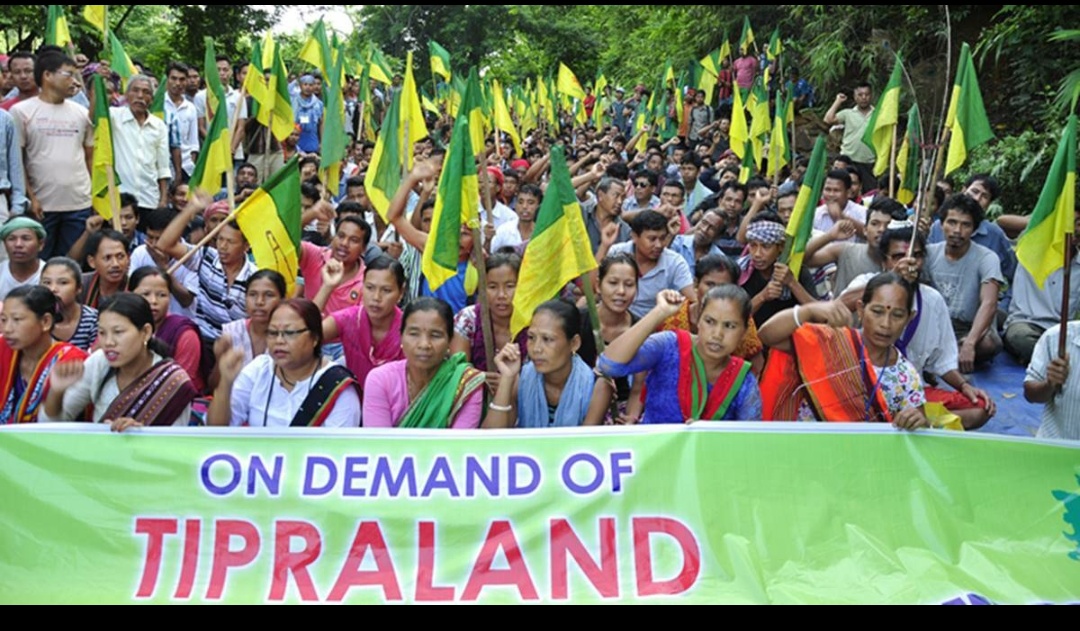 The ruling BJP’s coalition partner of Indigenous Peoples Front Tripura (IPFT) announced its decision to undertake a 24-hour general strike in Tripura Tribal Areas Autonomous District Council (TTAADC) on Thursday , October 15. The major demand of the party is the establishment of Tipraland — a separate State for the indigenous population. The strike would start from 6am on October 15. ‘Leaders and activists of our frontal organisations would also take part in the strike’ said IPFT. This is the second strike call of the IPFT during the pandemic. A strike was undertaken on July 9. The elections to the 28-member TTAADC were due in May, but was postponed due to the pandemic. A new schedule is expected to be announced soon. Election to be held in December last, as the sources of election commission said to THE TRIPURA POST. According to the political analyst demand of Separate Tipraland is nothing but an election gimmick of this state based political party. Significantly ally BJP is totally silent in this issue.