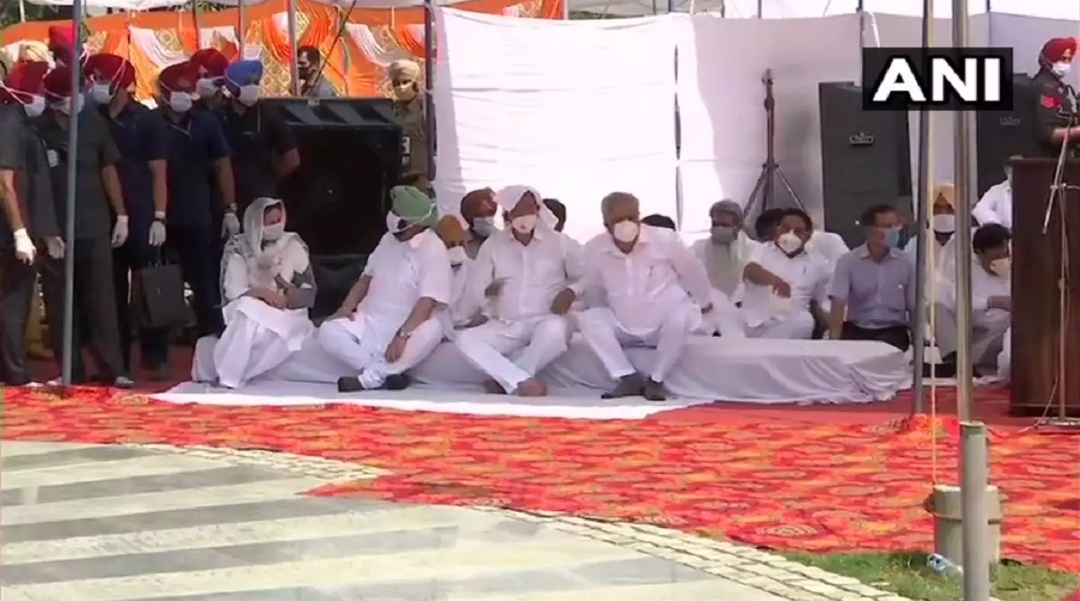 The first petition against the Centre’s new contentious agricultural bills has been filed in the Supreme Court by Kerala MP TN Prathapan. The plea has been filed against two of the three bills – Farmers’ (Empowerment and Protection) Agreement of Price Assurance and Farm Services Act – that received the President’s assent on Sunday. The petition seeks the quashing of two laws as unconstitutional and illegal and also wants setting up of separate tribunals for farmers like industrial workers. Beside this Indian National Trade Union Congress and Left parties protest against central and state governemnts in Hubli. Farmers’ organisation have called a statewide bandh today against farm laws, land reform ordinances, amendments to APMC and labour laws. Punjab congress leadr led by chief minister amarinder singh on Monday launched a sit-in agitation against the contentious agricultural laws at khatkar kalan in Nawanshahr, the birthplace of Bhagat Singh.