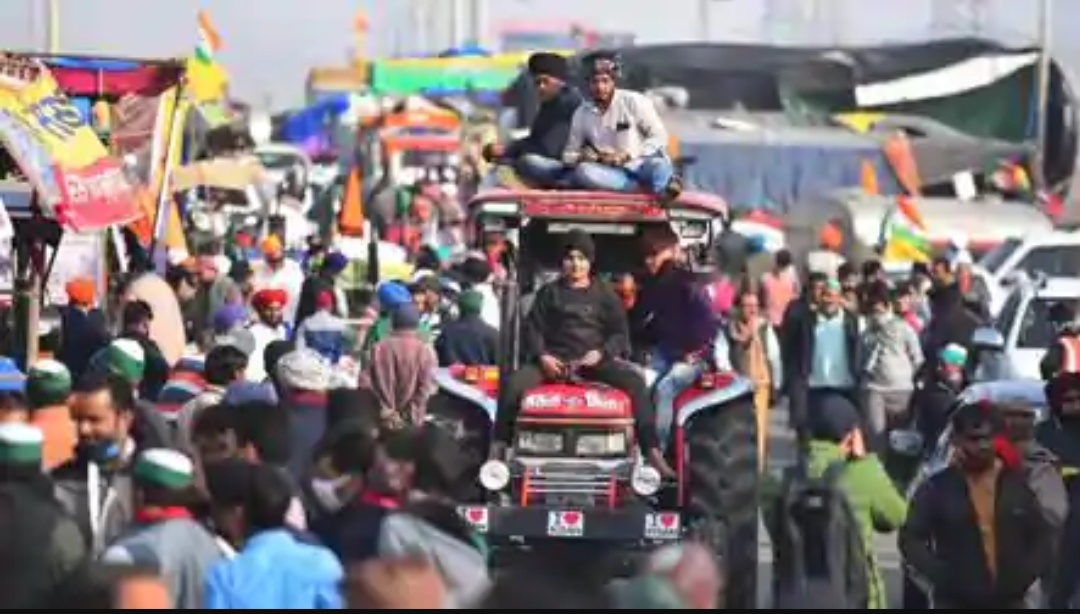 Thousands of farmers continued their protest against the three farm laws on the first day of 2021 on Friday outside several border points of Delhi in the biting cold as they remained firm in their demands amid a deadlock with the government over two issues. Hundreds of police personnel have been deployed at Singhu, Ghazipur and Tikri border points, where the farmers have been camping since November 26, even as the minimum temperature dipped to 1.1 degrees Celsius. The Samkyukt Kisan Morcha, according to news agency PTI, is likely to meet during the day to discuss its next course of action. Senior farmers’ leader Gurnam Singh Chaduni has said there is, however, no question of withdrawing from the two issues which are a legal guarantee for minimum support price (MSP) and repealing of the farm laws, PTI reported. “The government has addressed our demands to drop penal provisions against farmers in an ordinance relating to stubble burning and to put on hold a proposed electricity amendment law,” Chaduni said. “But, we want to make it clear that there is no alternative to our two remaining demands which include repeal of the three agriculture laws and legal guarantee for MSP,” he added. PTI reported that the All India Kisan Sangharsh Coordination Committee, one of the protesting farm unions, has issued a statement saying the Centre’s appeal to farmer leaders to suggest an alternative to repeal of the laws is impossible. “The new laws will hand over control of agriculture markets, farmers’ land and food chain to corporates,” the committee said in the statement. Union agriculture minister Narendra Singh Tomar had said, after the sixth round of talks between ministers and a 41-member representative, on Wednesday that consensus has been reached on two of the four issues. Tomar had also said that the next meeting with farmers representatives will be held on January 4. Tomar said the union leaders kept insisting on the repeal of the three farm laws, but the government side tried to explain to them the benefits of the acts and sought to know specific problems faced by the farmers. The minister said the government has already said that it is ready to give a written assurance as he talked about the farmers’ demand  for a legal guarantee for procurement at Minimum Support Price (MSP).