Former MLA & CEM,TTAADC Debabrata Koloi passes away on Monday. He was 76. Members of the Tripura Legislative Assembly paid tribute to the deceased at Assembly premises. He represented Tripura Hills Party in the Assembly from 1993 to 1998 leaving Congress. Koloi joined BJP before last Assembly election. 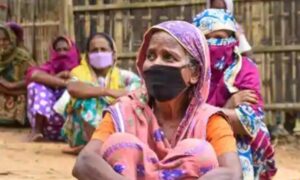