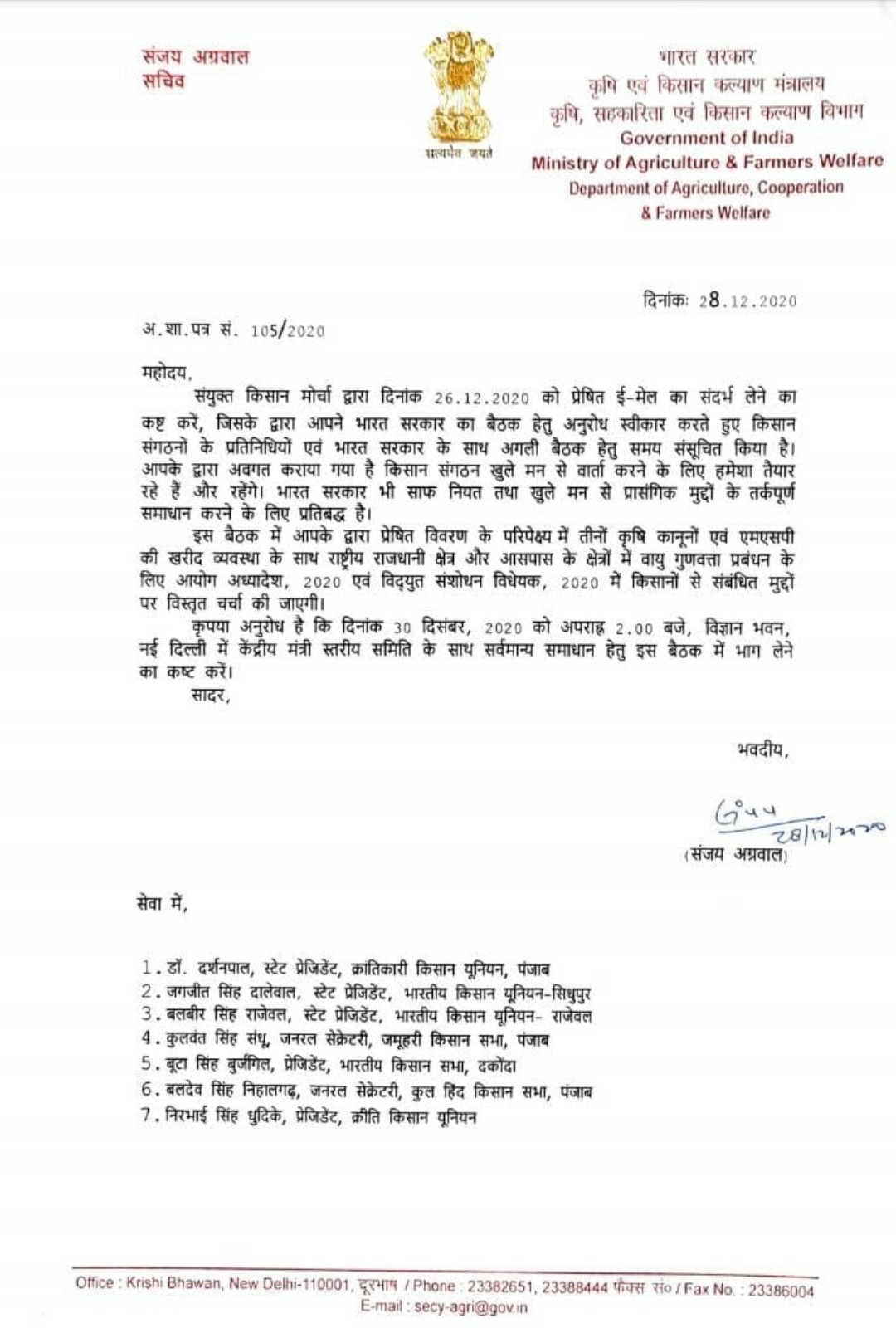 The war of words between the BJP and opposition parties intensified on Sunday as the stir by thousands of farmers who are camping on Delhi’s borders braving the harsh winters to press for the repeal of three new central agriculture laws entered the second month. A day after protesting farmer unions proposed December 29 for the next round of talks but put forth several conditions for the agenda, Union Minister of State for Agriculture Kailash Choudhary expressed the hope that a solution will be reached in the meeting, even as several BJP leaders decried alleged attempts to politicise the farmer issues. Some people have tried to mislead farmer unions about the three new farm laws, Mr Tomar he said at a meeting of Confederation of NGOs of Rural India or CNRI. The farmers have been adamant about the scrapping of the laws while the government made it clear that it could only accept changes in the laws.