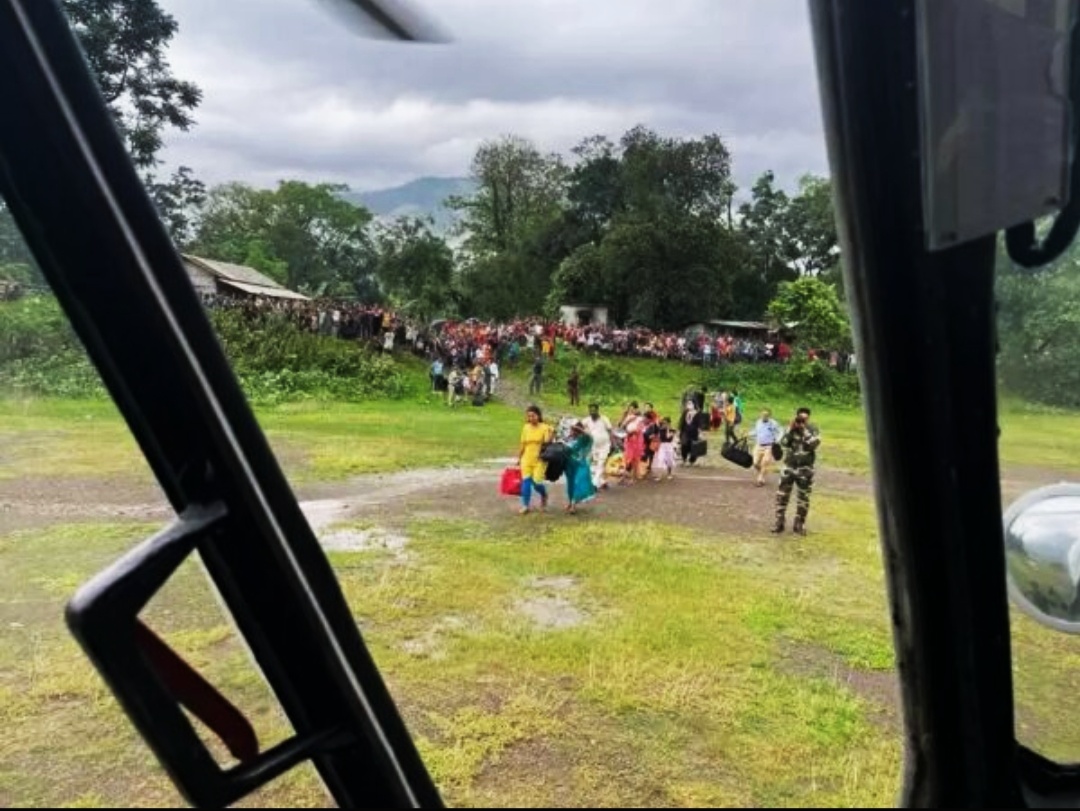 The Lumding-Badarpur hill railway section of the Northeast Frontier Railway (NFR) has been closed due to heavy rains and landslides. Passengers trapped in Detechchera are being rescued by an Air Force helicopter.

However out of 1400 passengers stranded on the way due to the closure of Lumding-Badarpur hill railway section, about 1000 were sent by special train from Detechchera to Badarpur and Silchar.

The rest of the passengers left for Lumding on foot from Detechchera but they got stuck in the middle of the way. They are being rescued by an Air Force helicopter on Sunday.

Forty passengers have arrived at New Harangazau station. There the railway administration made arrangements for their food etc. After this, arrangements were made to send everyone by road. According to the whole, food and water have been provided to the stranded passengers at New Haflong Railway station. Arrangements are also being made for their evacuation.

The Chief Public Relations Officer of the whole has told over the telephone that all the passengers trapped in the middle of the way are being evacuated safely.

Arrangements have been made to provide food, water and medical facilities to all. Meanwhile, some passengers have also accused the railway administration of negligence.