BJP youth leader Kishore allegedly abused the two Rajya Sabha MPs in a drunken condition in a hotel in Agartala on Wednesday night. Incidentally, neither of them belongs from Trinamool. The MPs are Digvijanay Singh of Congress and Sanjay Singh of the Aam Aadmi Party (AAP).

“No action has been taken against the son of Tripura’s deputy chief minister,”

“He got into a brawl in an inebriaated state. He misbehaved with Honorable Parliamentarians. And Tripura police just watched the show! ‘ 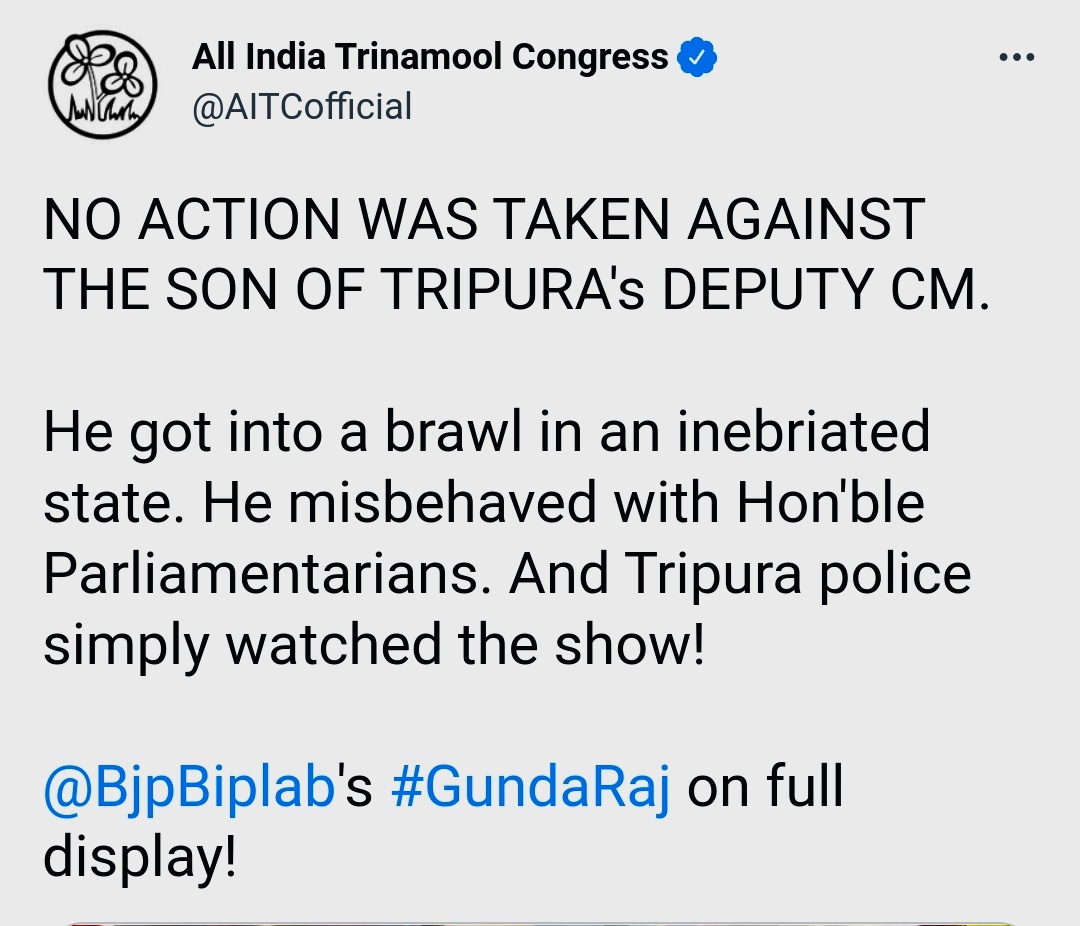 The Trinamool Congress on Friday alleged that hooliganism is rampant in Tripura during the tenure of Chief Minister Biplab Deb’s government.

“The law and order situation in Tripura is very bad. Everything is being controlled at the whim of BJP leaders in that state. Reputation of the state gone down due to this incident. Moreover police not taken even a single step regarding this incident”.