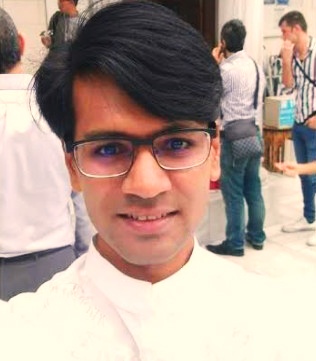 Journalist Mohammad Zubair, the co-founder of fact-checking website AltNews, was arrested by the Delhi Police on Monday for hurting religious sentiments and promoting enmity.

AltNews co-founder Prateek Sinha said that Mohammad Zubair was called by the Delhi Police for questioning in another case, but the arrest has taken place in another case.

Sinha alleged that the mandatory notice was not given. He tweeted, ‘Despite repeated requests, we are not being given the copy of the FIR.’

Although the police said that Zubair had joined the investigation, the case was registered at the Special Cell police station, and was arrested “after having sufficient evidence”.

Zubair is still being questioned and the police will produce him before a magistrate on Tuesday to seek further custody. In fact, the Delhi Police had received a complaint from a Twitter handle, in which it was alleged that Mohammad Zubair had intentionally insulted the deities of a religion by tweeting such an objectionable picture.

It was said in the complaint that this tweet was continuously retweeted and it appears that there is such an army on social media, which is involved in this work along with disturbing the peace and order.

Police say that it could have disturbed communal harmony and disturbed the peace system. Zubair joined the investigation on Monday.

The Delhi Police had given a status report and in which the tweet of Mohammad Zubair was not found objectionable.

Congress leader Rahul Gandhi tweeted, “Everyone who exposes BJP’s hatred, bigotry and lies is a threat to them.”

Another Congress leader, Rajya Sabha member Jairam Ramesh alleged that Delhi Police is acting out of vendetta as AltNews exposes fake claims of the government.

Founded in 2017 as a non-profit organization, AltNews is one of the world’s foremost fact-checking organizations.

Its founders have been facing online trolling and police cases for years. One of the most recent cases against Zubair was registered about a month ago in Sitapur district of Uttar Pradesh on a similar charge for which he has been arrested in Delhi.