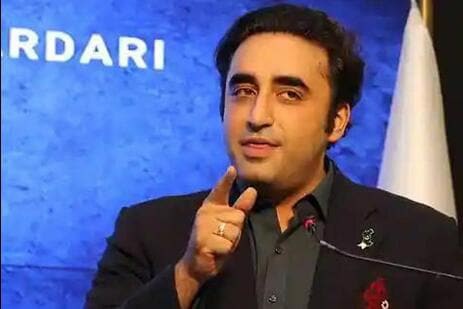 Pakistan Prime Minister Shehbaz Sharif had told that his country has “learned its lesson from three wars” and “wants to live in peace with India.”

A few days after this, India has sent an invitation to Islamabad to attend the meeting of Foreign Ministers of Shanghai Cooperation Organization (SCO).

This meeting is to be held in Goa. An invitation has been sent by Foreign Minister S Jaishankar through the Indian High Commission in Islamabad to Pakistani Foreign Minister Bilawal Bhutto Zardari to visit Goa in the first week of May for the meeting.

According to the report of Indian Express, this meeting can be organized in Goa on 4th and 5th May.

Interestingly, if Pakistan accepts the invitation, it would be the first such visit in nearly 12 years.

A similar invitation has also been sent to the foreign ministers of China and Russia along with Central Asian countries.

However, India’s invitation to Pakistan’s foreign minister is particularly significant given the all-time low in bilateral relations.

A top official told The Indian Express, “In keeping with its ‘Neighbourhood First Policy’, India desires normal neighborly relations with Pakistan. India’s consistent position is that whatever the issue between India and Pakistan So it should be resolved bilaterally and peacefully in an environment free from terrorism and violence. It is the responsibility of Pakistan to create such a conducive environment.”

The official further said, “It has been made clear that India will not compromise on issues related to national security and will take firm and decisive steps to deal with all attempts to undermine India’s security and territorial integrity.”

Let us tell you that the relations between India and Pakistan have deteriorated in the last eight years.

In August 2015, India extended an invitation to Pakistan’s Foreign Minister Sartaj Aziz, but the visit was canceled after the then External Affairs Minister late Sushma Swaraj asked Aziz to refrain from meeting Hurriyat in India.