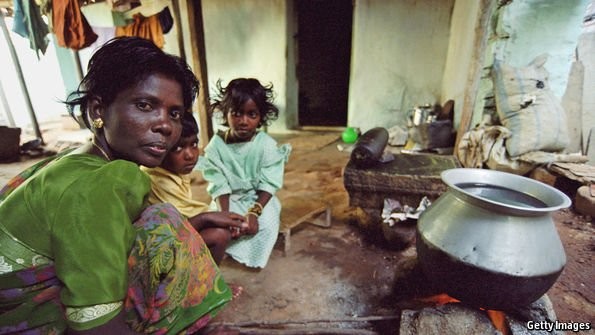 In the report released by the Economic Advisory Council of the Prime Minister, it is importantly suggested that Universal Basic Income and Urban Employment Guarantee Schemes should be started to reduce the huge disparity of income in the country.

The report highlights that the already imbalanced situation of income distribution in the country is gradually getting worse. However, with the help of the figures in the report, the picture does not look much unbalanced.

For example, it quoted the results of three rounds of the Periodic Labor Force Survey (PLFS) that in the three years 2017-18 to 2019-20, the top 1 per cent of the population accounted for 6-7 per cent of the total income was the percentage.

Against these figures, if we put the World Inequality Report 2022 released in December last year, then the situation looks much more dire.

Not surprisingly, in this World Inequality Report, India was described as a poor and extremely unequal country with a wealthy elite.

However, whatever the difference in details, there is no difference in conclusion. Considering the situation serious, the Economic Advisory Council to the Prime Minister has also said to take necessary steps immediately.

However, the idea of ​​introducing Universal Basic Income Scheme is not new.

In the Economic Survey for the financial year 2017, the advice of the then Chief Financial Adviser Arvind Subramanian was recorded that instead of the expansive expenditure of subsidies, the Universal Basic Income scheme should be started so that some income can be ensured for every person.

Later, the IMF also insisted on the suggestion of starting a Universal Income Scheme in lieu of food and fuel subsidies.

This also raises the apprehension that the proposed scheme may not be limited to the objectives of getting rid of subsidies instead of reducing the gap in the income of the people.

But urban employment guarantee scheme on the lines of MNREGA is definitely the need of the hour.

While this will provide livelihood to the needy people of the unorganized sector, it can also help in increasing the demand in the economy.