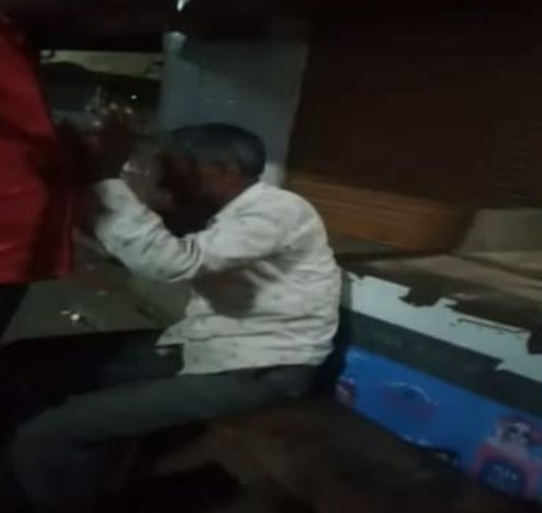 An inhuman act was done with an elderly person in Neemuch, Madhya Pradesh . The video of this incident has also become a topic of discussion on social media.

It is clearly visible in the video that a man is thrashing the elderly man vigorously and asking him to prove his identity. This incident is of Manasa in Neemuch district. This elderly Bhanwarlal Chattar Jain, a resident of Sarsi in Ratlam district, whose age is 65, was mentally weak.

A day before the viral video on social media, the photo of this elderly man was released by the Manasa police. After this, a dead body was found near Rampura Road Maruti Showroom. Who has been identified with Bhanwarlal Jain.

As soon as this video went viral on social media, the brother of the deceased and the people of the village gathered in large numbers at the Manasa police station and arrested the accused and demanded strict action against him.

In the video that has surfaced, it can be seen how the accused is slapping the old man on a slap and asking him if his name is ‘Mohammed’. He is also seen asking him for Aadhar card. The elder is scared and even offers him money to let him go.