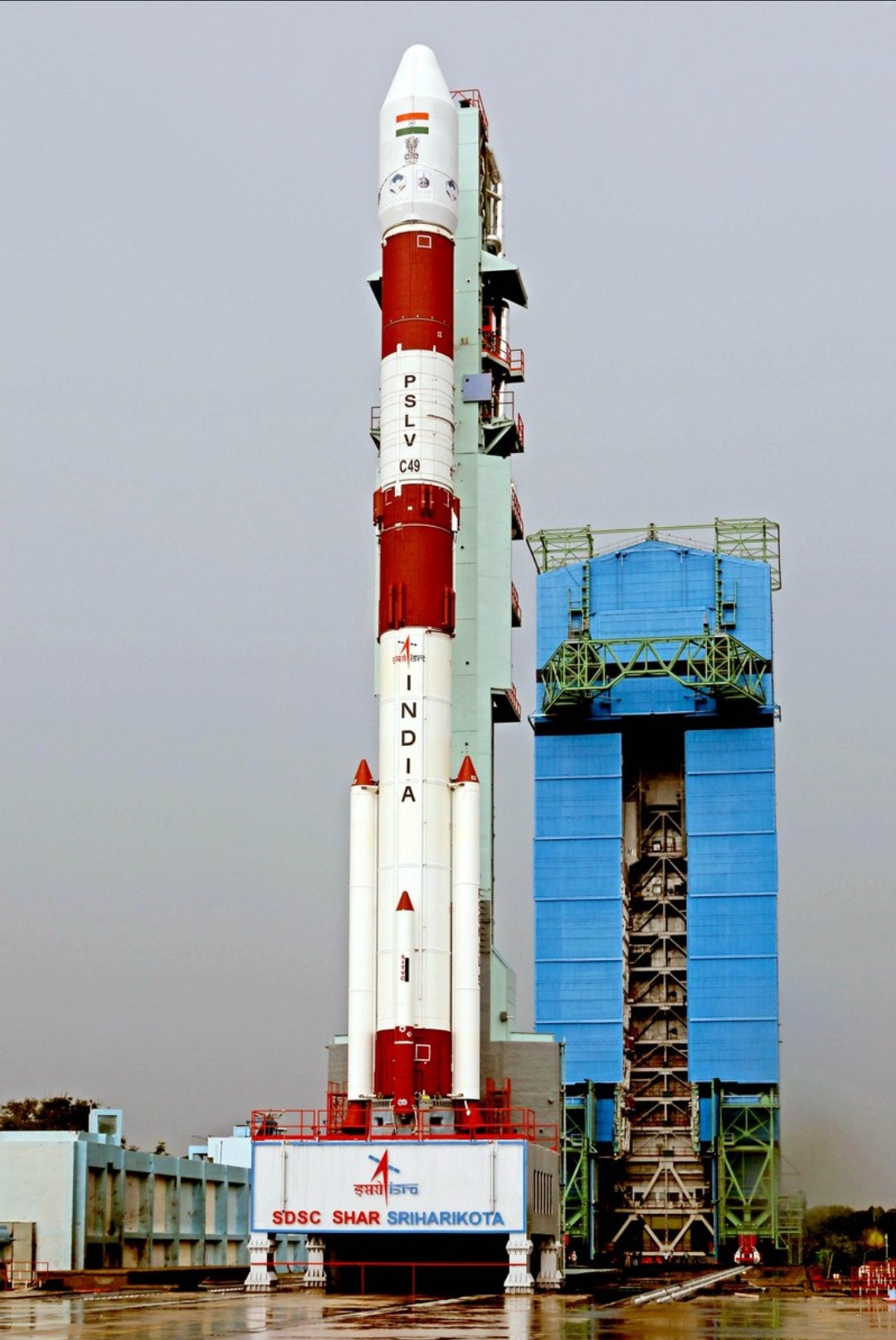 The Indian Space Research Organisation (ISRO) on Saturday, 7 November, launched the Polar Satellite Launch Vehicle-C49 (PSLV-C49/EOS-01) at 3:12 pm from Sriharikota. The rocket carrying 10 satellites, including India’s radar imaging satellite and nine other foreign satellites, launched from the first launch pad at the Satish Dhawan Space Centre (SDSC) in Sriharikota in Andhra Pradesh at 3.12 p.m.This is the first space mission for ISRO from India in 2020. On 17 January 2020, ISRO had successfully launched the telecommunication satellite GSAT-30, but that was done using an Ariane rocket launched from Kourou launch base in French Guyana. The primary passenger of the 44.5 metre tall PSLV-C49 will be the Indian radar imaging satellite EOS-01 (formerly RISAT-2BR2) with synthetic aperture radar (SAR) that can shoot pictures in all weather conditions.