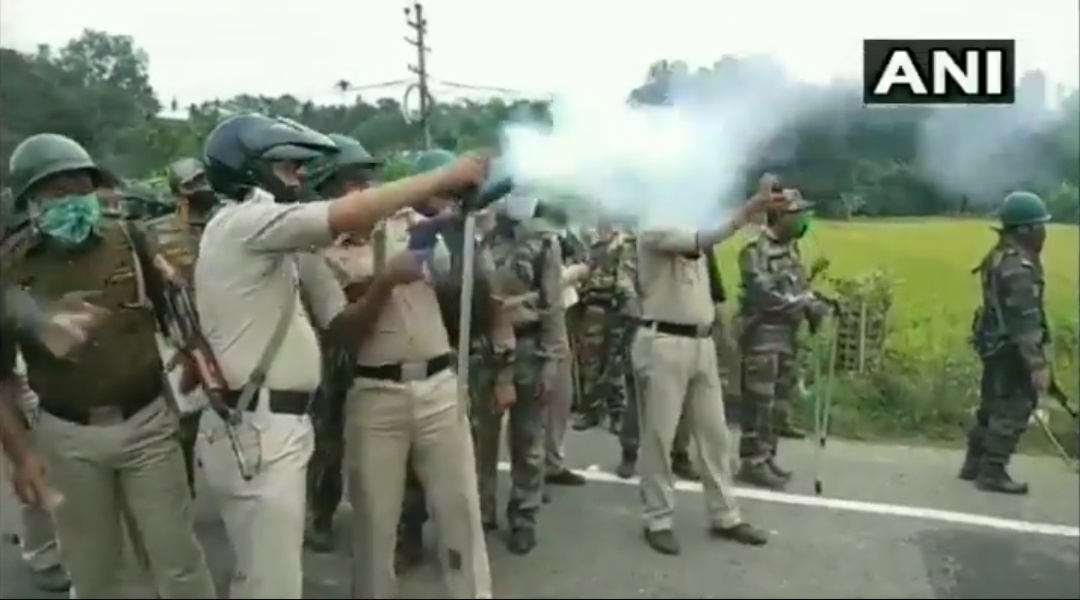 Demonstrators block the national highway in Dolubari village of North Tripura district in protest against the rehabilitation of Bru refugees from Mizoram in the state on Saturday. One person died and Two others injured critically in police firing as the last report came in. Heavy security deployed at the spot, tear gas shells also fired. Meanwhile an indefinite shutdown has been called in northern Tripura’s Kanchanpur subdivision as a protest against the state government’s decision to rehabilitate thousands of tribal refugees, who had fled from Mizoram 23 years ago following ethnic violence. The local authorities had imposed restrictions on assembly in the area after the refugees allegedly attacked 36 houses of non-tribals on Tuesday. The shutdown has been called by the Joint Movement Committee — an outfit comprising local Bengalis and Mizo people in Kanchanpur. They say the arrival of the refugees will disturb the ethnic harmony in the area. A large contingent of security troops from the Central Reserve Police Force (CRPF) and Tripura State Rifles (TSR) has been deployed to deal with the situation.