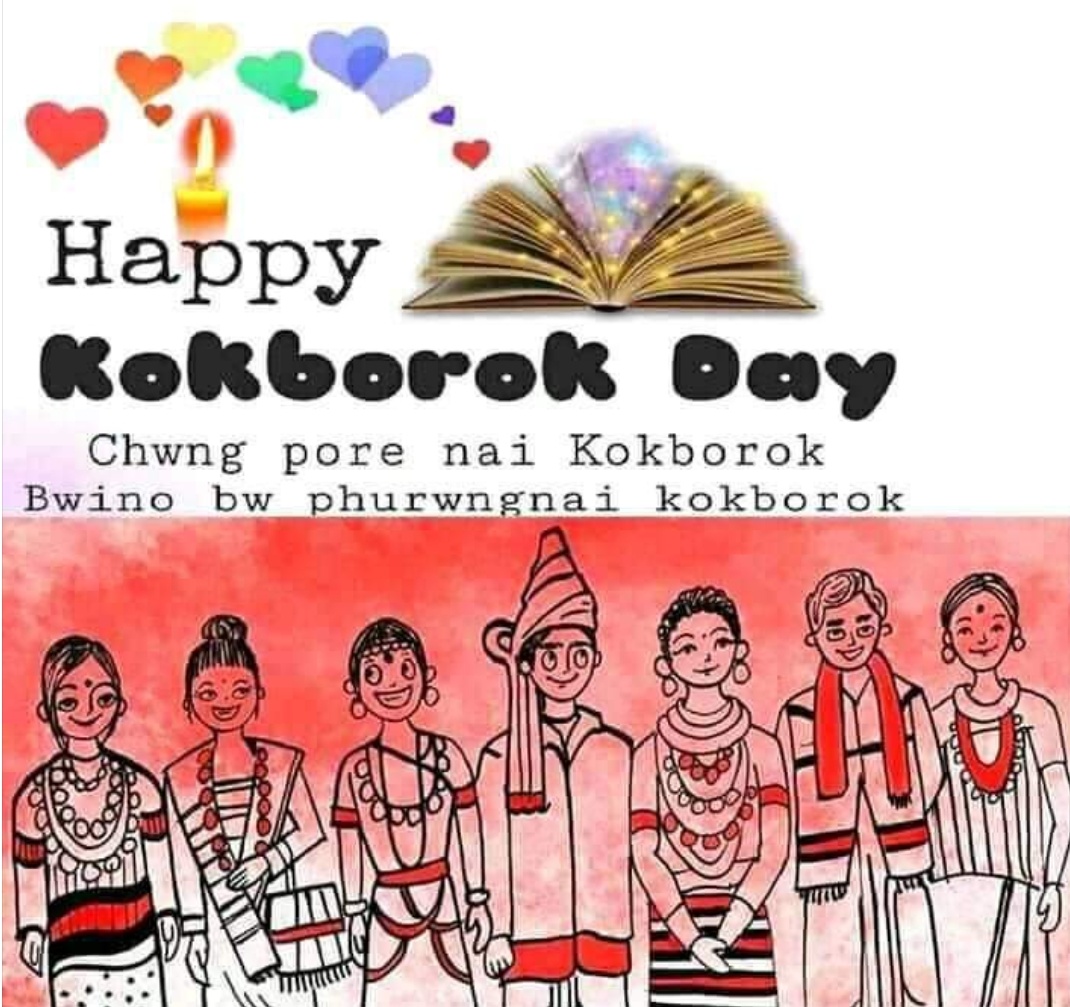 The invitation latter for the program of 43rd Kokborok Day erupts controversy as unlike previous occasions the English is missing in the six page invitation latter while it contains two recognized state languages Bengali and Kokborok. What is notable in the latter is that the kokborok language latter was printed twice once in Bengali and another is in Roman script. There was a long standing controversy over which script should be used as medium of instruction for Kokborok. While a section of the kokborok speaking intellectuals were demanding Roman script the former Left front government decided in favor of Bengali script. The icon of the leftist movement in the state Dasarath Deb was a strong advocate for Bengalu script. The legacy of the left front was followed during last two years though the script controversy resurfaced after the BJP-IPFT Government came into power. The major partner of the coalition is yet to take any stand over the script controversy but the Junior ally IPFT is a strong supporter of Roman script. Under this circumstance printing of the latter in two scripts appears to be significant and reopening the controversy.