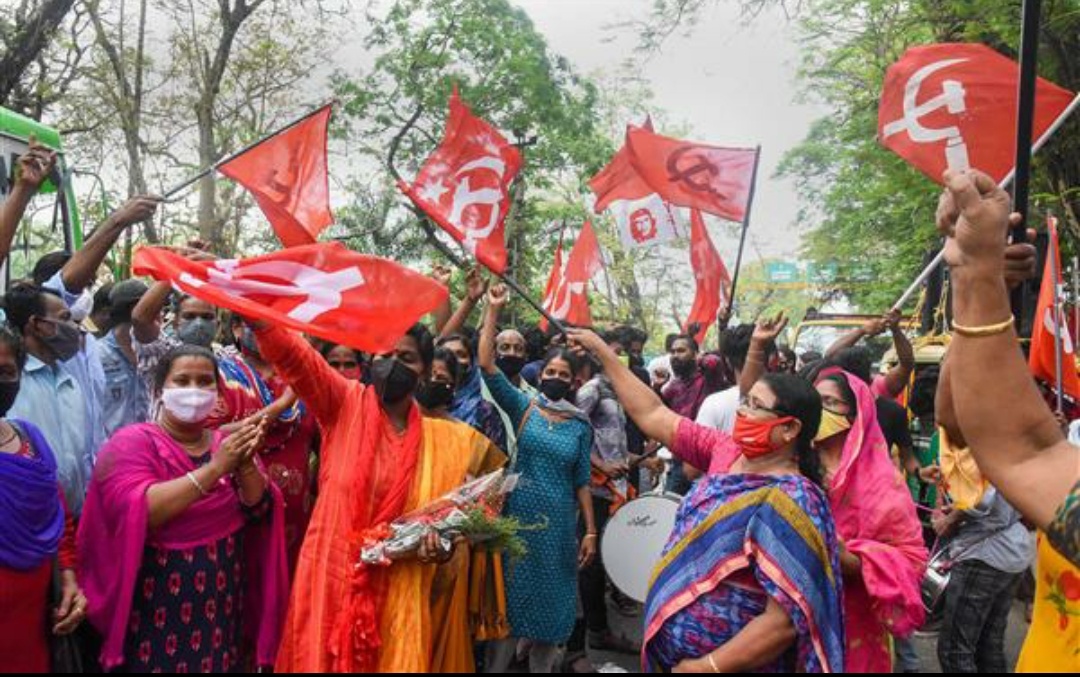 The ruling CPM-led Left Democratic Front (LDF) in Kerala on Wednesday appeared to make a resounding win in the local body polls in the state while the opposition United Democratic Front was disseminated in a tightly contested poll. The BJP which bettered the position compared to 2015 won two municipal corporations – Palakkad and Pandalam in Pathanamthitta. The Left front won in 514 grama panchayats, five corporations and 10 district panchayats, prompting chief minister Pinarayi Vijayan to attribute the good show to the people of the state. The opposition Congress-led UDF was leading in 375 grama panchayats, four district panchayats and in Kannur corporation. The Left front won 108 block panchayats while the UDF won only 44. The NDA won in 23 panchayats. In municipalities, UDF had an upper hand with win in 45 municipalities while LDF could win only 35. “Thank you Kerala. Thank you for reposing faith in LDF. We are humbled by the trust and the confidence of the people of Kerala. This is a victory for secularism and inclusive development,” chief minister Pinarayi Vijayan tweeted after the results were clear. It was “people’s victory,” he told reporters later, adding LDF’s performance is a resounding reply to those who tried to belittle the state’s achievements. Though the BJP could not put up a spectacular show, it still seemed to better its 2015 record, where it won 14 grama panchayats and the lone Palakkad municipality, and if the trends hold, could nearly double its seats this time.The UDF leaders – KPCC president Mullapally Ramachandran, opposition leader Ramesh Chennithala and former chief minister Oommen Chandy said the claims that the party-led front had been routed was baseless. The front has not lost ground in any of its traditional bastions. KPCC’s political affairs committee will be meeting on Thursday to take stock of the results, Ramachandran said, adding that the CPM and the LDF need not rejoice. Chennithala said the BJP has managed to do well only in some pockets and had failed to make any inroads and was a “total failure.” “We have fared well in the elections. Over 375 panchayats are with us. The BJP has proved to be a total failure in the state. Even after using all the influence of central agencies, the BJP failed. Yes, we had certain issues which we will address,” he said. BJP state president K Surendran alleged the UDF and LDF worked together to defeat his party in Thiruvananthapuram. The UDF vote share has gone down drastically. Many communal organisations have also helped the LDF, he alleged.In Thiruvananthapuram corporation, LDF retained power by winning 52 wards while BJP finished as major opposition by winning 35 wards. LDF convener A Vijayaraghavan, who also holds the charge of CPM state secretary, said the poll outcome showed that people have rejected the ‘false campaign’ against the party and the chief minister. “Some tried to create controversies out of various allegations. The central probe agencies tried to derail the day-to-day governance of the state. Kerala has never seen any such poisonous campaigning ever. But people rejected all those and stood by the Left government”, he said. P K Kunhalikutty, the leader of IUML, a constituent of the UDF, said the party had retained its strongholds. The UDF and the Congress have to introspect the election result, he said. The three phase polling held to 21,893 wards in 1,200 local self governing bodies including six corporations, 941 village panchayats, 14 district panchayats and 87 municipalities recorded 75.93% voter turnout.