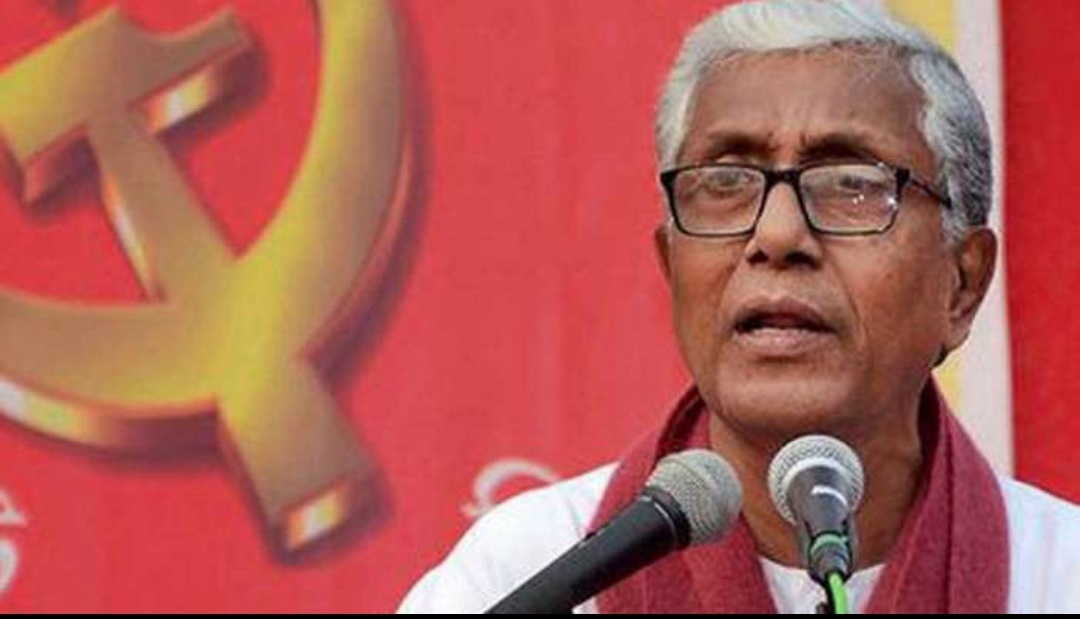 Former Tripura chief minister and presently Leader of the Opposition Manik Sarkar urged those disillusioned with the Trinamool Congress government in Bengal to not vote for the BJP and instead work to bring the Left secular forces to power. Addressing a gathering of CPM supporters at Burdwan’s town hall yesterday Sarkar narrated the “bitter experiences” in BJP-ruled Tripura, where the saffron party came to power three years ago. “I request you to visit Tripura and speak to people. There is no democracy in Tripura; no space for the opposition. Civic rights are trampled. The CM gives open threat to journalists. Youths from upajati areas are leaving the state for want of jobs,” he said. Recounting the day when the Tripura assembly election results were announced in March 2018, the former CM said: “BJP goons didn’t wait for a day. They started dismantling opposition party offices from 4pm. Opposition members were roughed up.” Sarkar accused the BJP of pursuing the same “cut money culture” that its leaders in Bengal point fingers at. “The BJP is desperate to come to power in Bengal. It is buying Trinamool MLAs and MPs; and sending chartered flights for them. Trinamool was hand in glove with the BJP to keep the Left at bay,” he said. The CPM politburo member pointed out that there was no allegation of corruption against the Left Front government that was voted out of power. “BJP told people that voting for a party running the government at the Centre would fetch more funds for the state. It didn’t happen. The situation has become worse,” he added.