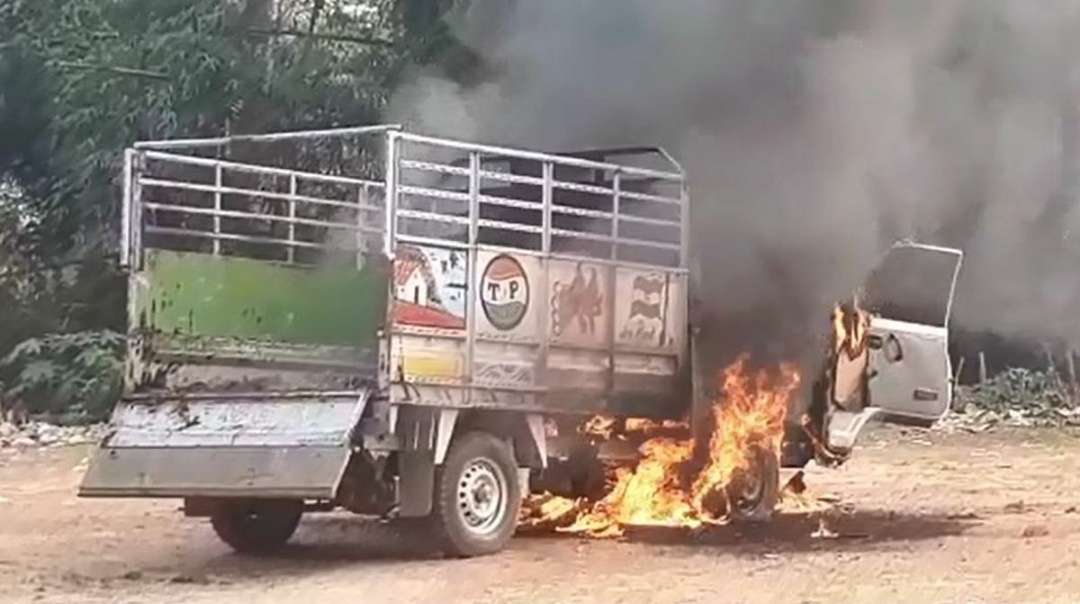 Police arrested four persons for alleged involvement of burning two cars and lynching two persons suspecting that they were involved in cow smuggling near Udaipur Matabari. Although police yet to trace three more accused. Four arrested persons are Pinti Das (32), Ashish Das (42), Bikash Nama (40) and Biswajit Dey (40). Local court send all of them to 14 days jail custody. All the accused are volunteers in the Matabari parking lot. On January 13 they detained two cars carrying cow and lynched the drivers accusing them of smuggling cows. They also burned down both the cars. Arshad Ali the owner of the cows filed a complaint to RKPur police station and submitted proof that they have valid documents for carrying cows. After being convinced about his claim police identified 7 persons involved in the case seeing the video footage.