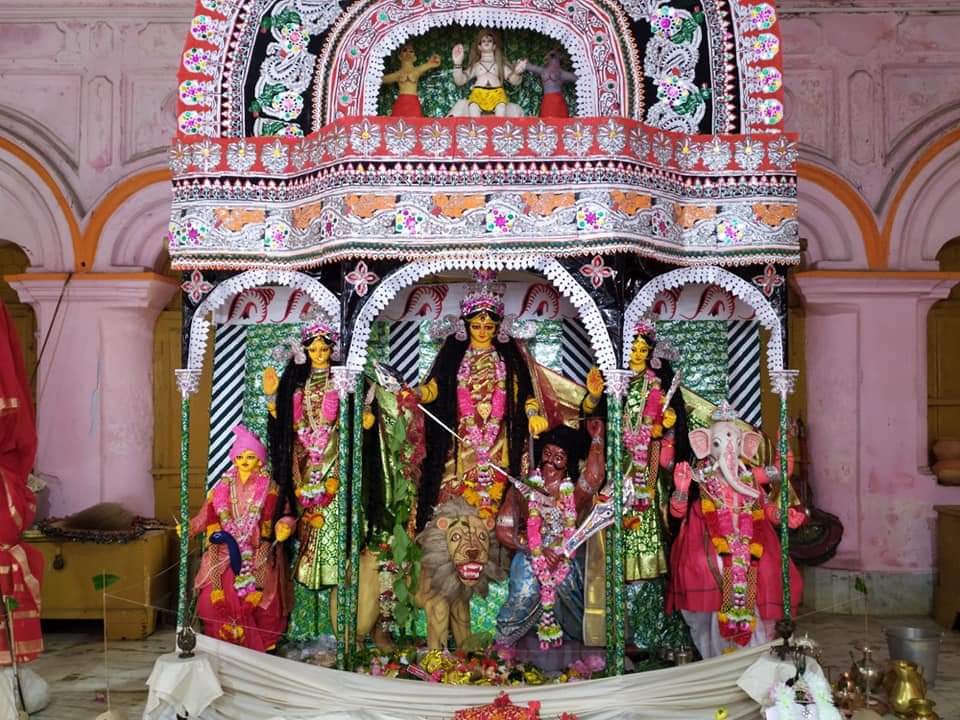 Due to COVID-19 no major crowd was seen in Royal Dura temple but limited numbers of devotees have offered “prayers” to Goddess Durga , Due to COVID-19 Maha-Anjali programme was cancelled this year too. On Wednesday morning Ashtami puja started from 5:30 am. Shandhi Puja to perform at evening. Durga Ashtami celebrates the victory of Goddess over Buffalo Demon Mahishasura.

According to Hindu mythologies it is said that Kaali Mata emerged from the forehead of Goddess Durga to kill Chanda and Munda Durga Puja at the Durgabari temple is funded and organised by the state government and the district magistrate of West Tripura is the main sevayat of the puja.

When princely Tripura signed the instrument of accession with the Government of India on October 15, 1949, it was agreed that daily work at Durgabari temple, Tripureswari Kali Temple at Udaipur in Gomati district and some other temples would be funded and looked after by the state government.

On Saturday morning people moved out of their houses to offer Pushpanjali (a special kind of prayer) to Goddess Durga. The idol of Goddess Durga of Durga Bari temple is widely known among people for its distinctive structure of the Goddess Durga with only two hands at her back.

The idol is distinctive because, mythology says that Goddess Durga won over the evil buffalo demon Mahisasura with ten hands. The puja started nearly 200 years ago by King Radha Kishore Manikya Bahadur in the Durgabari premises.