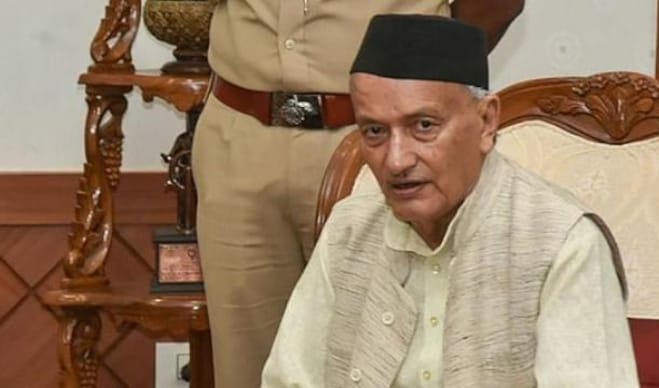 Maharashtra Governor Bhagat Singh Koshyari surprised everyone by offering his resignation on Monday.

An official release issued by the Raj Bhavan said, “I have expressed my desire to step down from the post of Governor.”

Koshyari took over as the 22nd Governor of Maharashtra on 9 September 2019. The release further states that Koshyari has expressed his desire to step down during Prime Minister Narendra Modi’s visit to Mumbai and spend the rest of his life in reading, writing and other leisurely activities.

In a statement issued by the Raj Bhavan, Governor Koshyari said, “It was a great honor and privilege for me to serve as a Rajya Sevak or Governor of a great state like Maharashtra – the land of saints, social reformers and brave fighters.”

Koshyari said that I can never forget the love and affection received from the people of Maharashtra during the last more than three years.

“During the recent visit of the Hon’ble Prime Minister to Mumbai, I conveyed to him my desire to be relieved of all political responsibilities and to spend the rest of my life in reading, writing and other activities. I have always received love and affection from the Honorable Prime Minister and I hope to receive the same in this regard” he mentioned.

Koshyari had offered to resign in November last year, according to a statement issued by Shiv Sena (Uddhav Balasaheb Thackeray) leader Sanjay Raut during the controversy over the governor’s controversial remarks about Maratha warrior Chhatrapati Shivaji. However, the Raj Bhavan rejected this statement.