Sudip Roy Barman, the Congress candidate from Agartala Assembly constituency, writes a letter to the Chief Electoral Officer of the State Election Commission on Wednesday alleging that he had made such a serious allegation. 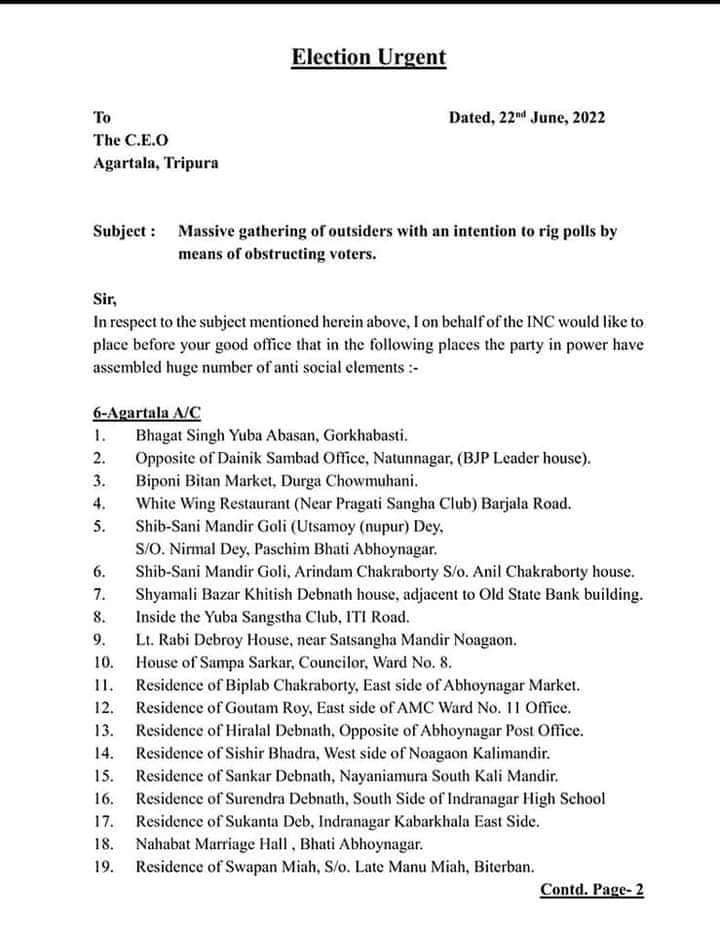 Sudip Roy Burman demanded the CEO to take the matter seriously. And candidate Sudip Roy Barman has demanded to the chief minister to take legal action against those who brought them together.

He expressed concern that the by-elections would not be peaceful if foreigners were given a chance to stay in the area at night.

Special demands are being made to the Election Commission to expel such outsiders in order to hold peaceful elections.