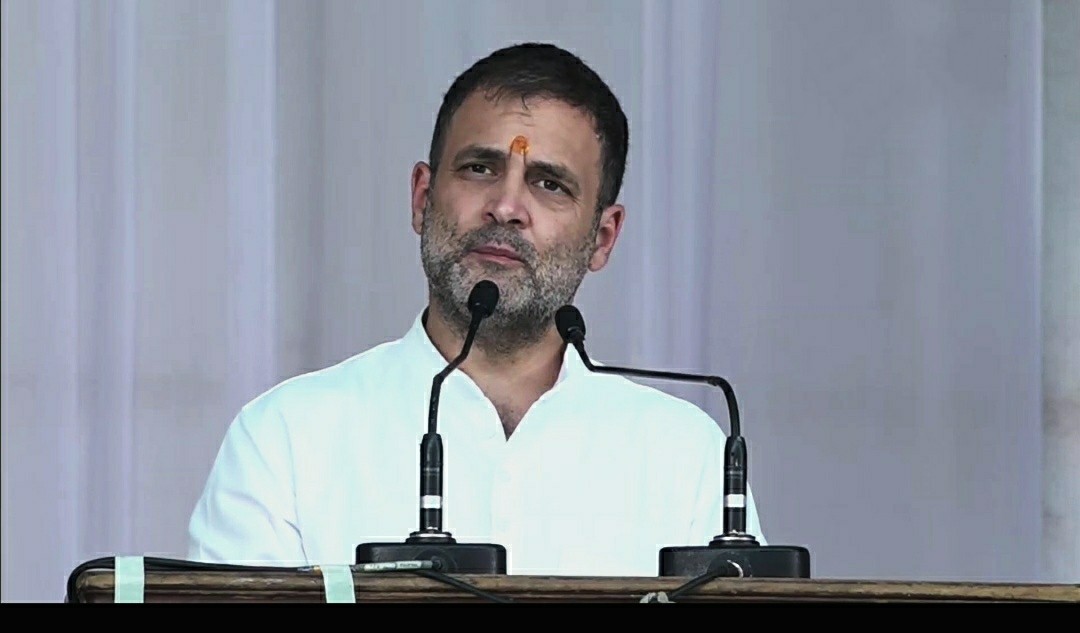 After the conclusion of Congress’s Chintan Shivir, Rahul Gandhi on Monday fiercely attacked the BJP government in Rajasthan’s Banswwada district.

He said that the BJP government has harmed our economy. PM Modi implemented demonetisation and wrong GST. It has destroyed our economy.

Rahul Gandhi said in an attacking manner that UPA first worked to strengthen the economy but BJP and PM Modi destroyed it. Today the situation is such that youth cannot get jobs in the country.

Attacking the BJP, Rahul Gandhi said that, this is a fight of two ideologies.

On one hand there is the ideology of Congress which says that we have to move ahead by bringing everyone together, respecting all and protecting the history and culture of all.

On the other hand there is BJP which divides and destroys the history and culture of tribals.

Rahul Gandhi accused the BJP of dividing the country and said that this is a fight which is going on in India today.

We unite people, they divide people. We help the weak, they help the selected big industrialists.