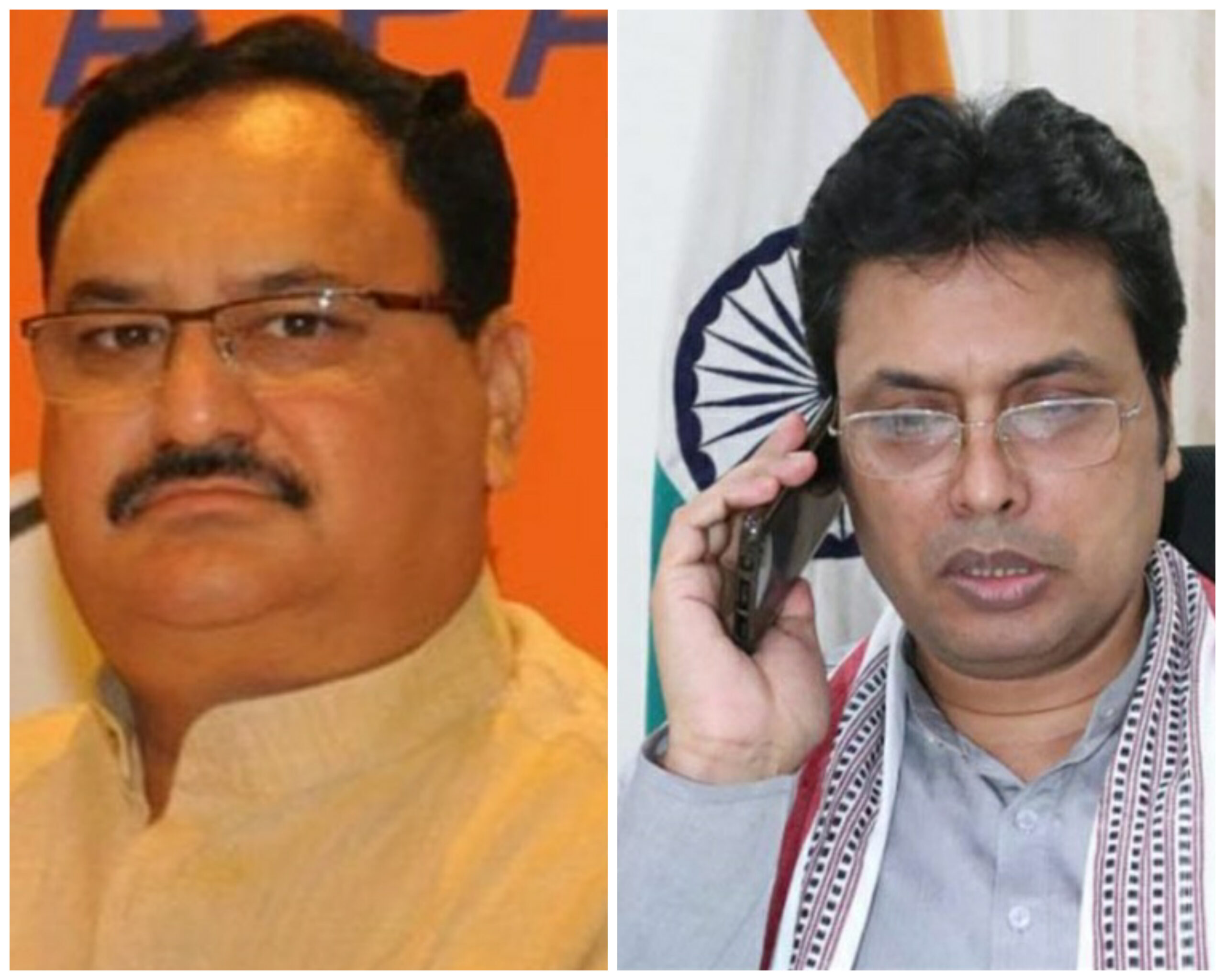 In the twist of Tripura Politics, pendulum is flactuating regularly. Now rebel group of the Tripura Pradesh BJP very much hopeful for reshuffle in the party as well as in the cabinet as Chief Minister Biplab Kumar Deb have to go for Delhi on call of party National President JP Nadda. According to the report BJP National President JP Nadda to meet with Biplab Deb on November 26. Deputy Chief Minister Jishnu Debbarma also to go with Biplab Deb. Nadda to discuss on present political and organizational situation of tripura with both of them as per the report came in. Dissidence within the ruling BJP in Tripura continues as several legislators of the saffron party led by party MLA Ramprasad Paul pulling out all the stops to effect a change of guard in the State. The rebel MLAs expect that the BJP’s central leadership would put things in order. Moreover very recently party divided over CM’s alleged slur on his party men (rebel group).