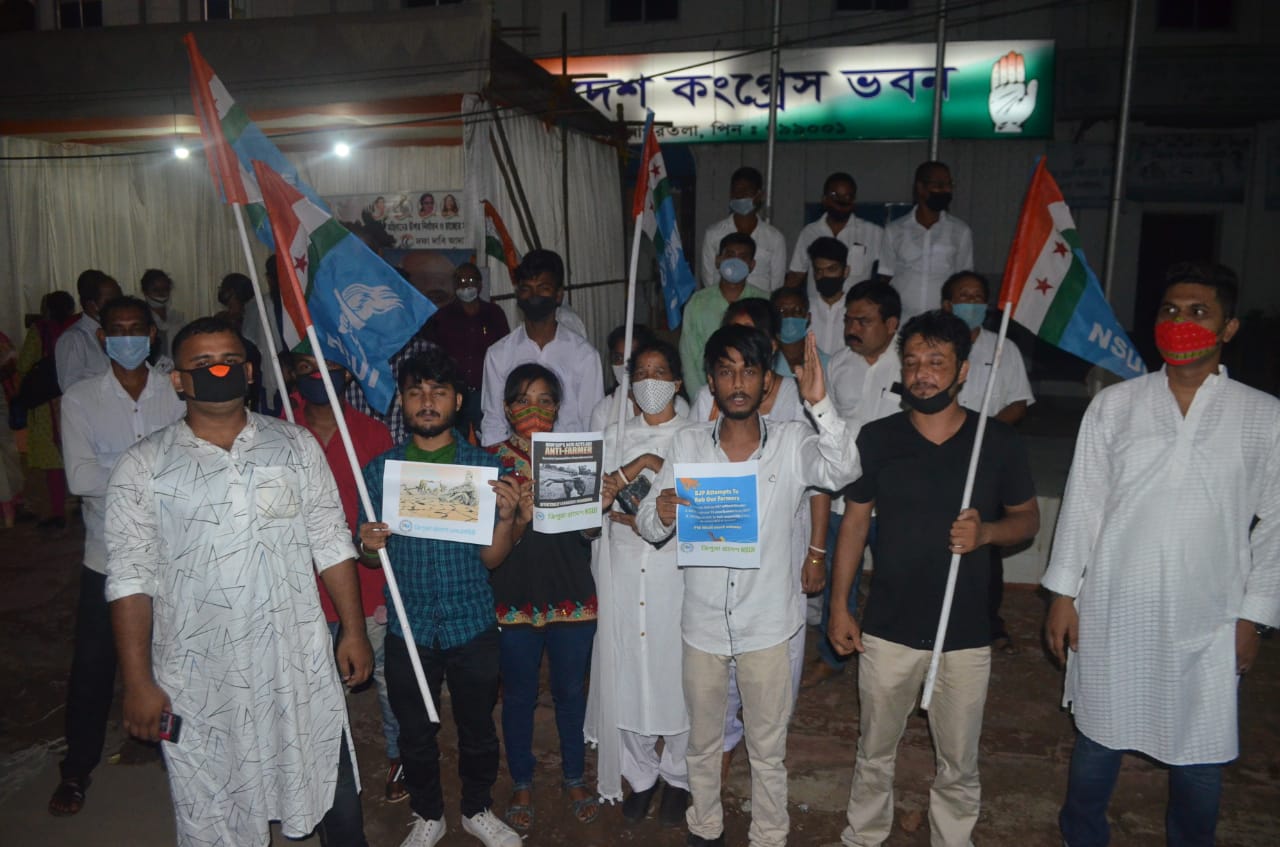 Tripura NSUI on friday staged a protest demonstration against the passing of Farm Bills in Parliament and claimed that the Bills are against farmers of the country. Dozens of NSUI activists assembled at pradesh congress bhavan holding anti-BJP posters and raised slogans against the BJP led Central government.
The protesters claimed that the Bills brought by BJP led government are totally against the farmers and these Bills will land farmers in the hands of big companies for exploitation.