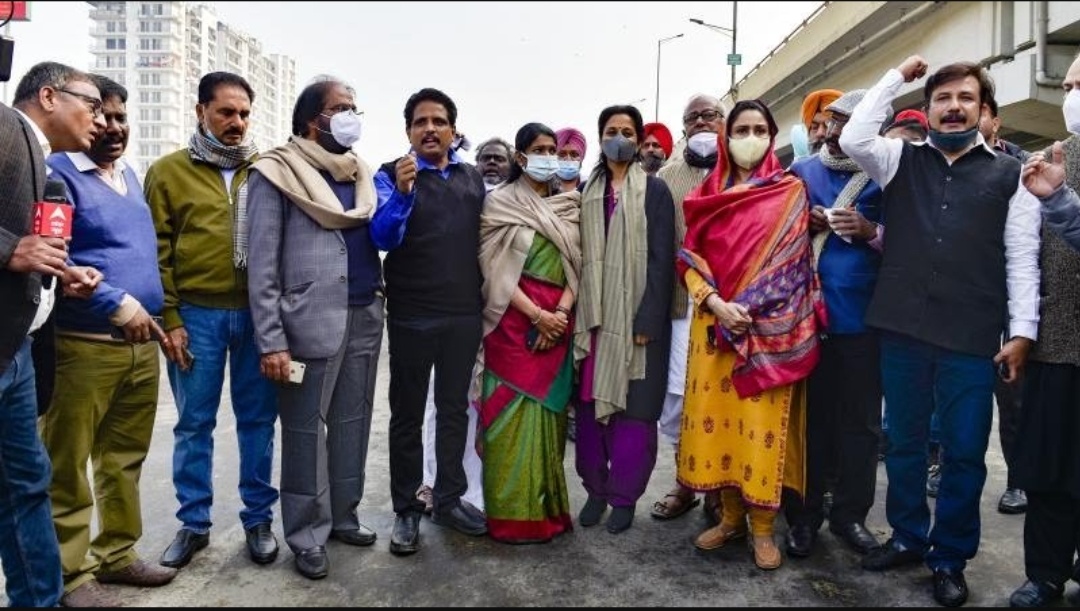 Fifteen MPs from 10 opposition parties, including the SAD, DMK, NCP and the Trinamool Congress, were stopped by police from reaching Ghazipur border on Thursday to meet farmers protesting against new farm laws. According to SAD MP Harsimrat Kaur Badal who coordinated the visit, the leaders were not allowed to cross the barricades and reach the protest site. Besides Ms. Badal, Supriya Sule from NCP, Kanimozhi and Tiruchi Siva from the DMK, Saugata Roy from the TMC were part of the delegation. Members of the National Conference, RSP and the IUML were also part of it. During a discussion in Parliament on Wednesday, several opposition parties asked the government to withdraw the three contentious farm laws without making it a prestige issue and not to treat the agitating farmers as “enemies”. Stringent security continued at Ghazipur on the Delhi-Uttar Pradesh border, one of the key protest sites where thousands of farmers are camping with a demand that the Centre repeal the new agri-marketing laws enacted last September. The protesting farmers have expressed the apprehension that these laws would pave the way for the dismantling of the minimum support price (MSP) system, leaving them at the “mercy” of big corporations. However, the government has maintained that the new laws will bring better opportunities to farmers and introduce new technologies in agriculture. Eleven rounds of formal talks between the government and the protesting farmer unions have failed to break the deadlock. While unions have stuck to their main demand of repeal of the laws and legal guarantee of MSP, the government has offered some concessions including keeping these laws on hold for 1-1.5 years. Even the Supreme Court has stayed the laws for two months and set up a panel to look into the matter.