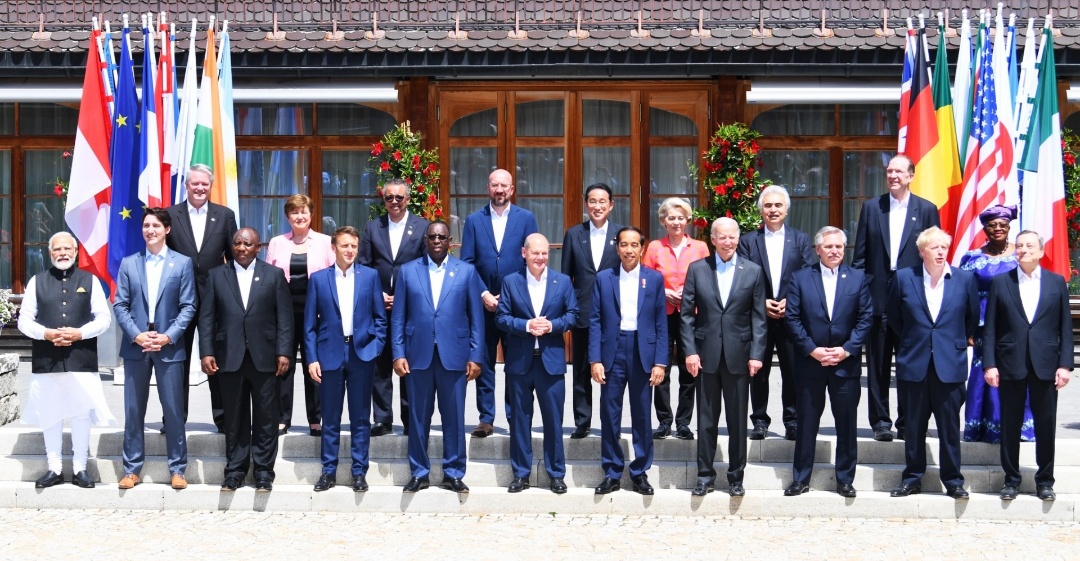 Prime Minister Narendra Modi is participating in the G7 summit (48th G7 summit) under the German Presidency at the invitation of German Chancellor Olaf Scholz.

In this, the leaders of the world’s 7 richest countries are discussing various important global issues including Russia’s invasion of Ukraine, food security and terrorism. Germany is hosting the summit as the chairman of the G7.

Let us tell you that Prime Minister Modi is in Germany on a two-day visit from Sunday for the G7 Summit.

He is holding discussions with group leaders and allies on issues such as energy, food security, counter-terrorism, the environment and democracy.

During this, pictures of PM Modi’s meeting with global leaders have also come to the fore.

In which he met Canadian PM Justin Trudeau and US President Joe Biden.

PM Modi said, there is a misconception that poor countries cause more damage to the environment. But India’s history of more than 1000 years completely refutes this view. Ancient India has seen a time of immense prosperity. We have also endured centuries of slavery at the G7 Climate, Energy, Health Session.

“Now independent India is the fastest growing large economy in the world. 17% of the world’s population resides in India. But, our contribution to global carbon emissions is only 5%” said PM.

“India’s dedication to climate commitments evident from its performance,” he added.

Significantly, the G-7 group is a group of seven richest countries in the world. This group includes Britain, Canada, France, Germany, Italy, Japan and the US. Countries like Argentina, Indonesia, Senegal, South Africa have also been invited in this.

It is noteworthy that PM Modi has reached Germany on a 2-day visit. In such a situation, on the first day of his visit i.e. Sunday, he had said that India is waving its flag in Information Technology, in Digital Technology.

“Out of the realtime digital payments happening in the world, 40% of the transactions are happening in India. Today India is making new records in data consumption” added PM Modi.

“India is one of the countries where data is cheapest. Today’s India has come out of the mentality of ‘it happens, it runs like this’. Today, India takes a pledge to ‘have to do’, ‘have to do’ and ‘have to do it on time’. India is now ready, ready, impatient” said PM.