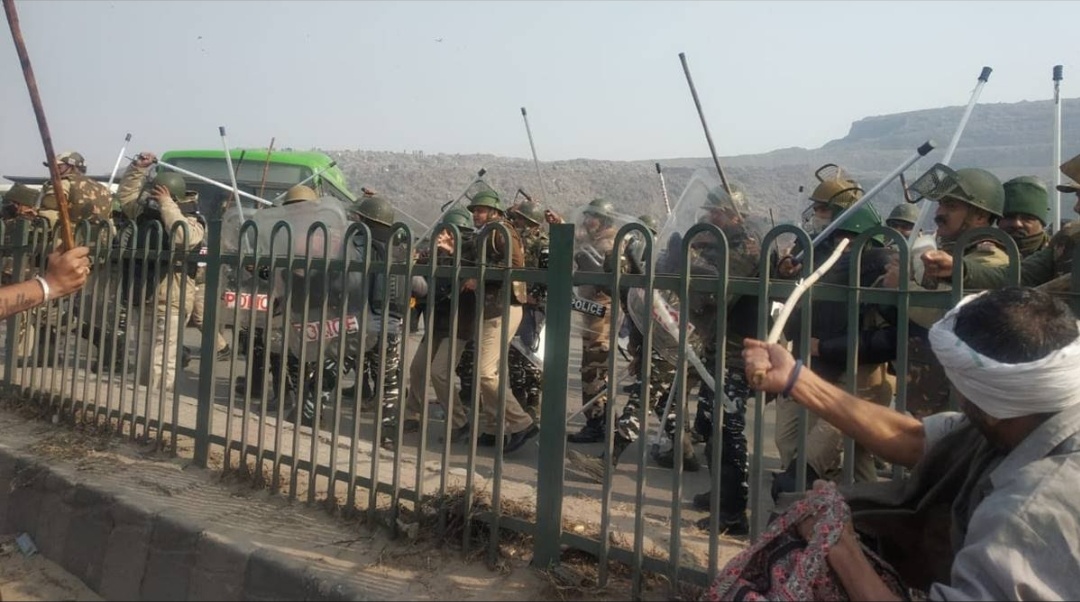 Chaos prevailed at Delhi’s Singhu border as police resorted to lathicharge after protesting farmers broke the remaining police barricades. Earlier this morning, the farmers camping at Singhu, Tikri, and Ghazipur border started breaking police barricades to enter Delhi. The farmers are marching on foot as well as on tractors. Earlier on Sunday, the Delhi Police had granted permission to carry out a tractor parade today inside the Capital on the condition that the farmers will start only after the completion of the official parade on Rajpath. As per the agreement, the farmers will enter Delhi from the borders, but stay in the adjoining areas and not venture towards Central Delhi. The tractors rally to mark the completion of two months of protest against the Centre’s contentious farm laws by farmers camping at the borders of Delhi. Farmer leaders also announced a plan to march on foot to Parliament on February 1, the day the Union Budget will be presented. The Delhi Police had finalised three routes  after a week of meetings between farmers and senior police officers, putting in place adequate security arrangements. Haryana authorities have also advised people to avoid travelling to the national capital. Police will remove barricades on January 26 for farmers to carry out the rally.