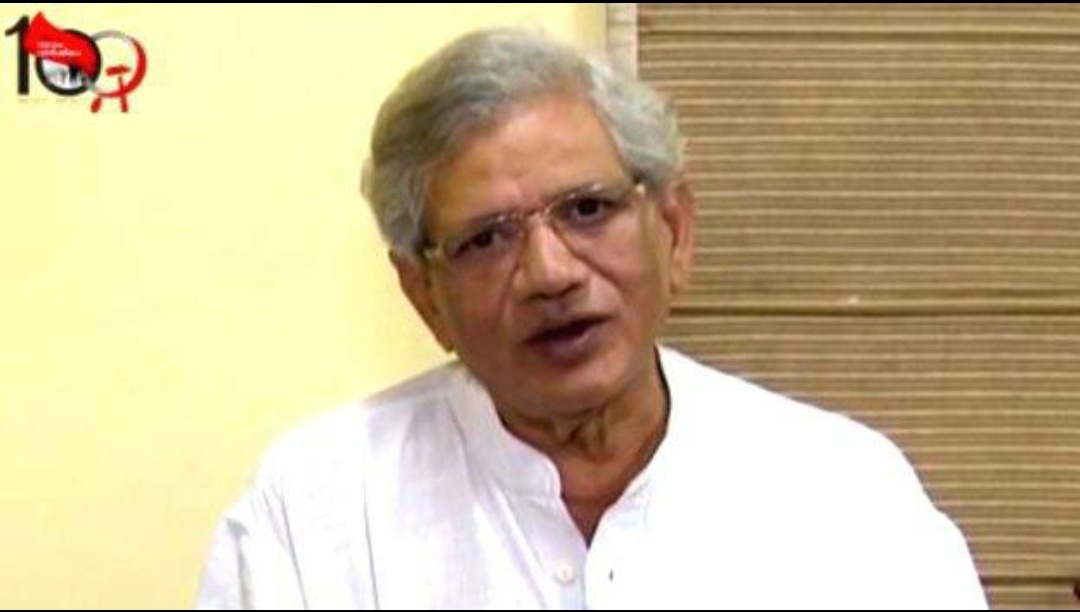 Secularism Can’t Be Protected Unless There Is Strict Separation Of Religion From Politics said cpim general secretary Sitaram Yechury. He said after inaugurating the centenary of the Communist Movement in India organised by the state CPM on Saturday. “Country’s basic structure was being mercilessly destroyed to turn a secular democratic republic into a ‘rabidly  intolerant, fascist Hindutva Rashtra’ as part of the political project of the RSS. The BJP and the RSS want a unitary state structure to replace the present federal system for imposing their vision of a Hindutva Rashtra . For this, the states’ rights are being trampled upon mercilessly” said Yechury. “Every single foundational pillar is under assault and this is exactly the destruction of the Constitution. The independence of constitutional bodies like Parliament, judiciary, Election Commission and the CBI is being destroyed and they have to be complicit with the agenda of the ruling party,” he added. He cited the debate over the GST compensation payment as an instance. According to the CPM general secretary, atrocities against Dalits and Tribals were high in BJP-ruled states like the UP. The Tribal population is attacked and their natural habitat destroyed through privatisation of mining. Yechury called upon party cadre to save the country by protecting the Constitution. Defending the Constitution is necessary to ensure the economic freedom of people and socialism.