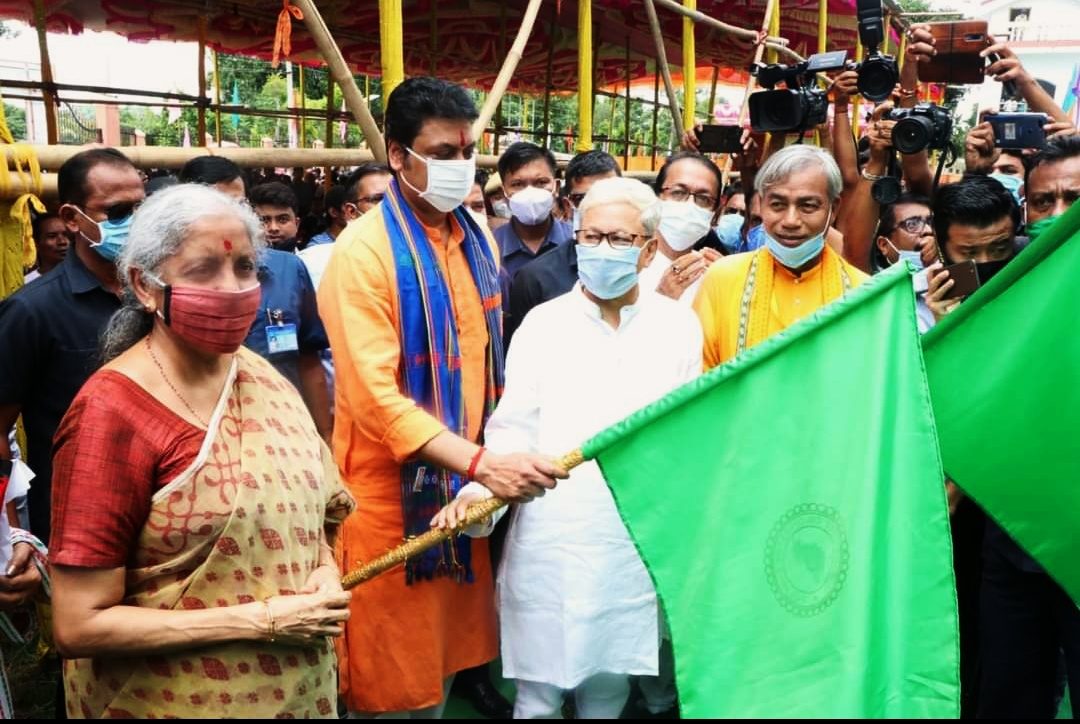 Union Finance Minister Nirmala Sitharaman, who was in Tripura on a two-day visit, flagged off a mobile ATM in the State on August 28 and inaugurated a project that aims to generate awareness on menstrual hygiene among rural women.

The ‘My Pad, My Right’ project, initiated by NABARD and NABFOUNDATION at Killa village, will strive to bring livelihood and menstrual hygiene closer to rural women by way of grant, wage support and capital equipment, an official said.

“The programme will provide one sanitary pad-making machine to self-help groups at the district level on a demonstrative basis,” the NABARD official explained.

The Union Minister, later in the day, flagged off a mobile ATM van of Tripura State Co-Operative Bank Limited, which is set to provide service to all gram panchayats and village committees in South Tripura district.

Speaking on the occasion, Ms. Sitharaman said, “The Pradhan Mantri Jan Dhan Yojana completed its seventh year today. The government started the PMJDY scheme so that every poor person has access to a bank account and a RuPay card.”

The Minister also said that she was impressed to have learnt the fact that 55 out of every 100 Jan Dhan accounts belong to women.

Earlier in the day, Ms. Sitharaman offered prayers at the Tripureswari temple in Gomati district.

On August 27, she had inaugurated a slew of projects, promised measures for uplifting the tribal areas of the state and reviewed the status of on-going Externally-Aided Projects (EAPs).