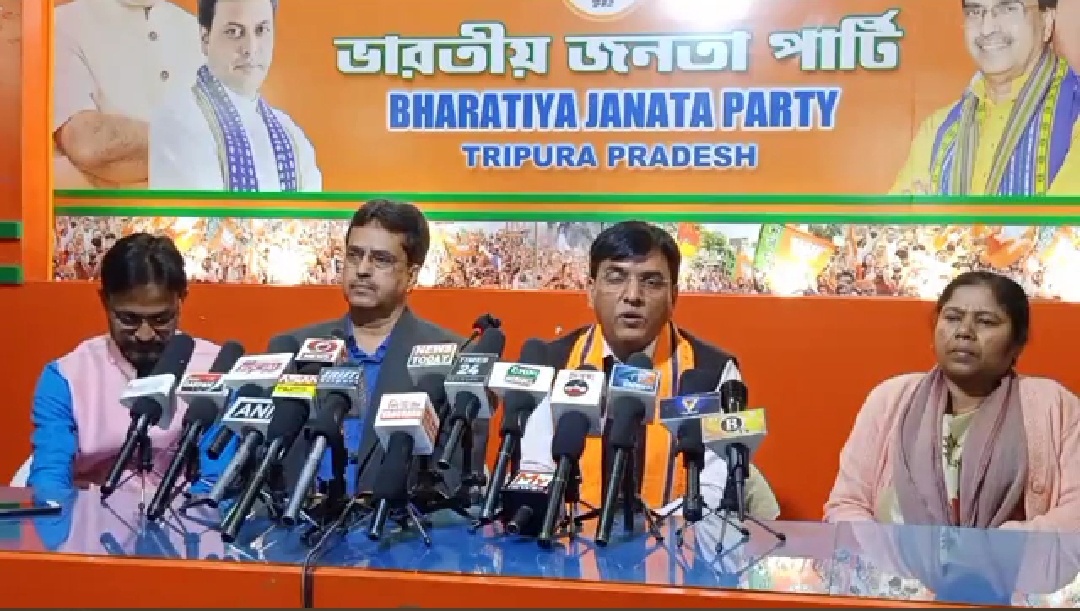 Minister of State for Shipping & Waterways Mansukh Mandaviya arrives in Tripura on Saturday. During his two day visit, the Union Minister meets Chief Minister Biplab Kumar Deb in the official residence as a courtesy. Then, he moved towards the party headquarters to address the media on the goods sides of the Union Budget for 2021-22 FY. “This budget will boost economy and make a Atmanirbhar Bharat” said Mandaviya.
The Union Minister also had an interactive session with the business community at Business Centre Auditorium, Hapania to appraise the businessmen about the Union Budget. From Hapania, Mandaviya went to Sonamura to see the floating jetty.
Later in the evening, the Union Minister will have a meeting with the officials of IWAI and the state government officials on the proposed inland waterway at the State Guest House. The official level meeting is seen as important keeping in mind of the state government’s effort to open the inland waterway with Bangladesh.