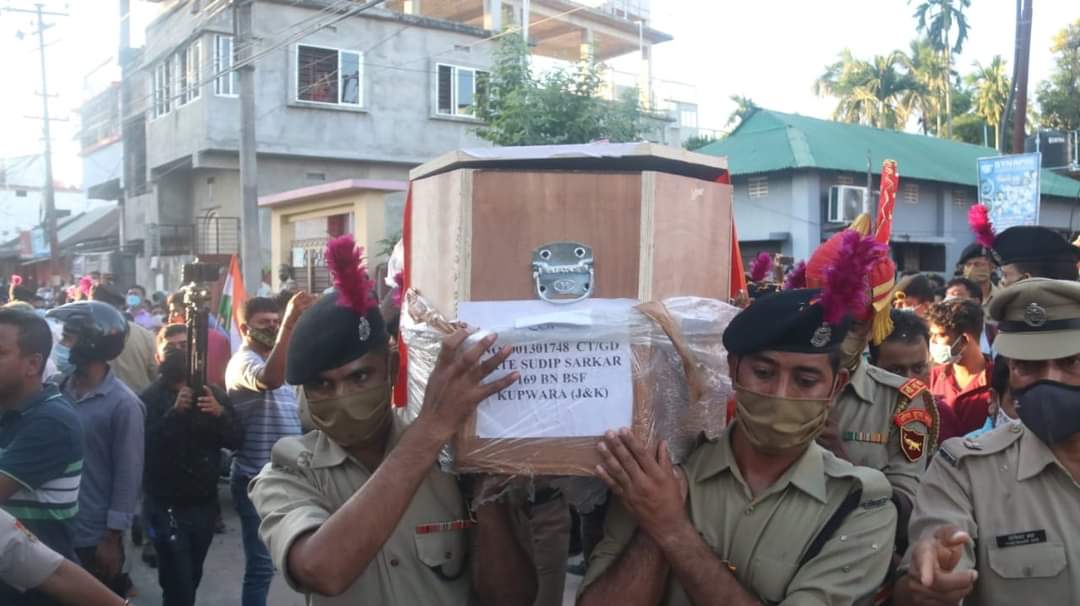 The mortal remains of Tripura’s martyred BSF jawan, Sudip Sarkar, arrived at his home in Agartala on Tuesday. Thousands of people gathered at the Maharaja Bir Bikram (MBB) Airport in Agartala to have a glimpse of the mortal remains of the martyred jawan Sudip Sarkar. BSF officers and jawans were also present at the airport where a Guard of Honour ceremony was organised. Thousands of people gathered Sudip’s house at Dhaleshwar and paid homage to the martyred jawan. Border Security Force (BSF) jawan Sudip Sarkar, from Tripura along with three Indian Army soldiers achieved martyrdom in a major gun fight while preventing terrorist infiltrations along the Line of Control (LoC) in Machil sector of Jammu and Kashmir on Saturday around 1 AM. Constable Sudip Sarkar who was injured in an operation to stop infiltration in Machil sector, succumbed to his wounds on Sunday.