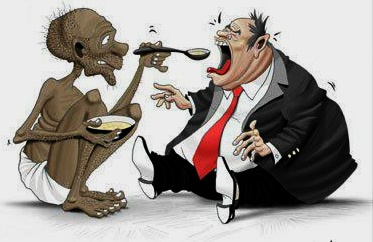 The richest 21 Indian billionaires own more wealth than 700 million Indians.

This fact has been mentioned in the recently released report of Oxfam India along with many other important statistics related to inequality, the references and sources of which are also given in the report.

The wealth of Indian billionaires has increased by 121 percent till November 2022 since the start of the pandemic.

Oxfam’s latest report ‘Survival of the Richest: The India Story’ has informed that the wealth of India’s richest person has increased by 46 percent in the year 2022.

The report stated that Rs 1.8 lakh crore can be recovered (during 2017-21) from a one-time 20 per cent tax on the unrealized gains of these billionaires.

This amount is received for providing employment to 50 lakh teachers in primary schools during one year.

Oxfam has appealed to the Union Minister to end this extreme disparity and take egalitarian measures like property tax in the upcoming budget.

The latest Oxfam India report (which was released on the first day of the World Economic Forum’s Davos conference – Switzerland) states that the number of billionaires in India is set to increase from 102 in 2020 to 166 in 2022.

The total wealth of India’s 100 richest has reached Rs 54 lakh crore, which can make the Union Budget for 18 months.

It has been told in the report that the total assets of the 10 richest Indians are Rs 27 lakh crore.

Corporate tax was reduced in the year 2019 and they got a benefit of Rs 1,03,285 crore in the year 2021 in the form of exemptions and incentives, which is equal to the MNREGA budget for 1.4 years.

Amitabh Behar, Oxfam India CEO, said, “The marginalized – Dalits, Adivasis, Muslims, women, informal sector toilers – are facing increasing hardship in a system that favors the wealthy. Now the time has come to increase the tax on the rich class and get a fair share from them. We appeal to the Finance Minister to bring taxes like wealth tax and inheritance tax, which will reduce the disparity.

If the government will get more financial resources from such taxes, then important works like reducing the much needed public services and climate change will be able to move forward.

According to the survey of the Indian Struggle Against Inequality Alliance, 80 percent people support higher taxes on the rich class and those who earn more profits during Kovid.

90 percent said that steps should be taken to reduce inequality in the budget, such as social security for all, health rights, measures to reduce violence against women, etc.

The wealth of the top 1 percent of wealthy individuals should be permanently taxed, and due attention should be paid to getting more taxes from the very wealthy.

More resources should be raised through wealth tax, windfall tax and inheritance tax.

The GST rate should be reduced on the items of daily use and need of the poor and middle class and the rate of GST should be increased on luxury items. In this way the tax system can become egalitarian.

The allocation for health should be raised to 2.5 per cent of GDP by the year 2025 as per the provision of the National Health Policy to strengthen public health and reduce the burden on the people, so that they can better face any health crisis .

The disparities in health sector based on different socio-economic categories and on regional basis should be removed.

Medical colleges attached to district hospitals should be opened, especially in hilly, tribal and rural areas so that there is no shortage of health services and health workers.

There is a widespread belief that the government’s budget allocation for education should be 6 per cent of GDP.

It has also been recognized in the National Education Policy. To achieve this target, the government should increase the allocation in a planned manner.

To remove the existing disparities in education, it should increase its adaptive programs, such as pre- and post-matriculation scholarships for SC and ST students, especially girl students.

While passing through difficult times and struggling with inflation, efforts are important to increase the security of the workers and to strengthen their economic and working conditions.