At a time when the country is struggling to overcome the shortage of life-saving oxygen supply, the Tripura forest department has decided to provide oxygen to people in a wholly different way. Although the approach can not in any way contribute to medical oxygen, it will help the people congested in city life to inhale fresh air. The park logo- a lung shaped out of creepers- to drive home the point, has been put up at the entrance of the park. The park is being built in the dense green area of ​​Shaal Bagan, about 4 kms from the main city of Agartala. It is being constructed over an area of ​​29.6 hectares. 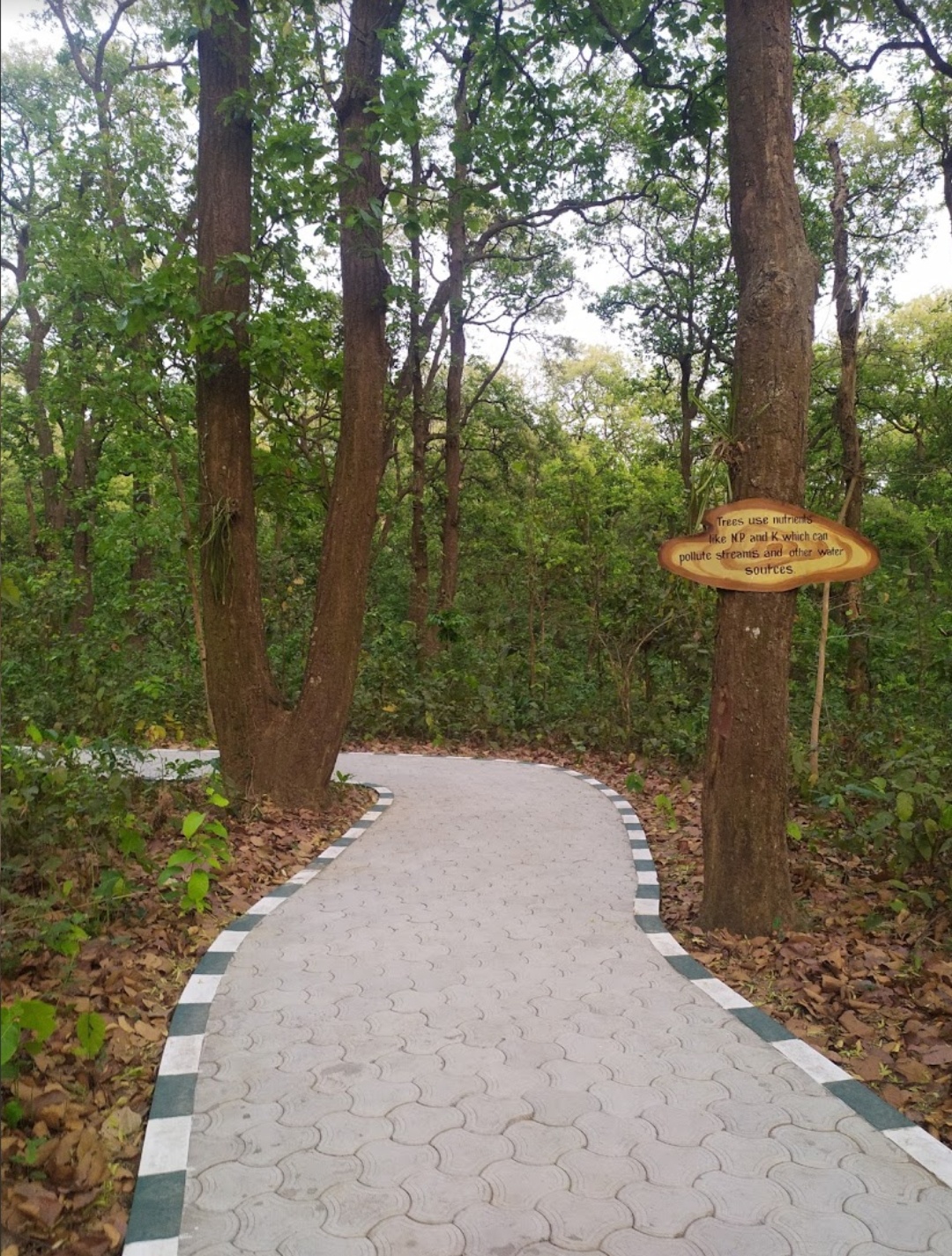 Officials said, the construction has almost ended and people will be allowed into the park after an official inauguration. On one side of the park are large number of tall sal trees, among them are the colorful orchids of the native species of the state of Tripura and below are shrubs, various types of herbs, wildflowers and medicinal plants. Besides, there are various species of birds and small species of animals including insects and butterflies. West District Sadar Social Forestry Range Officer Jagat Bahadur Debbarma said the park has a martyr’s altar, named “Forest Memorial”. The martyr’s altar has been built in the memory of all the employees of the forest department who died in the line of duty to protect the forest and the environment. It was created on September 11, 2020. In order to make people aware of the benefits of these trees available in the park, the forest department fixed separate QR codes on the trees. Some basic playing materials for children and a special space for performing Yoga is also included.