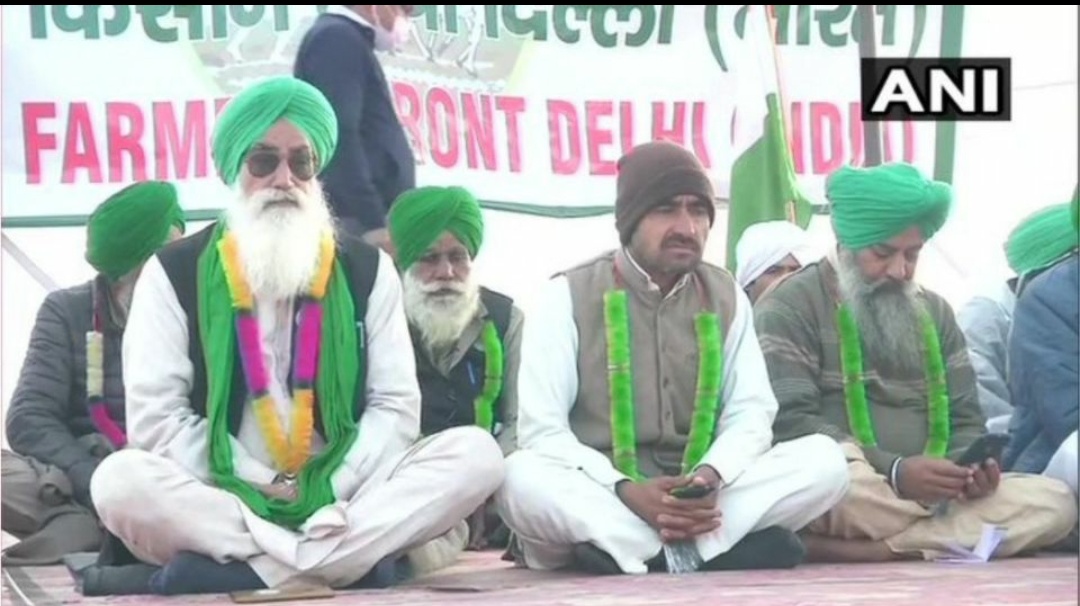 Farmer groups protesting for the past two months against the Centre’s new agricultural laws observed “Sadbhavna Diwas” on Mahatma Gandhi’s 73rd death anniversary today i.e on Saturday with a day-long fast. The gesture comes amid a stiffening of the face-off between them and the Central government and the breakout of violence in the course of their agitation over the past week. The fast is also the farmers’ way of reasserting the “peaceful” nature of their protest against the laws passed in September and which is joined by participants from Punjab, Haryana, Uttar Pradesh, and other states. “We were peaceful yesterday, today and will be peaceful tomorrow also. We invite people of this country to join us in this peaceful protest,” Krantikari Kisan Union leader Darshan Pal told PTI yesterday. Their protest has been wracked by multiple instances of violence over the past many days, which the farmers assert were a result of the government’s moves to misrepresent the entire agitation and break it up eventually. However, they claimed that the protest has only gained strength now, with many more farmers reaching out in support and physically joining them at the many protest venues around Delhi. Addressing a press conference at the Delhi-Haryana border point in Singhu on Friday, the leaders slammed the ruling BJP at the Centre, accusing it of trying to “destroy” the “peaceful” agitation. “The way the government has unsuccessfully tried to spoil the atmosphere on the Ghazipur border and the Singhu border for the past three days proves that the police and BJP-RSS are desperately plotting to kill this movement. Similar unsuccessful attempts were made on the Tikri border too,” a statement issued by the Samyukta Kisan Morcha has said. Farmer leaders say that the number of participants at the prominent protest venues – Ghazipur, Singhu, and Tikri – was swelling following the police’s alleged high-handedness on Thursday night. The fast today scheduled from 9 am to 5 pm and appealed to the people of the country to join them. “The events on January 30 will be organised to spread the values of truth and non-violence. The way the government is spreading planned lies and violence is condemnable,” the Samyukta Kisan Morcha statement said.